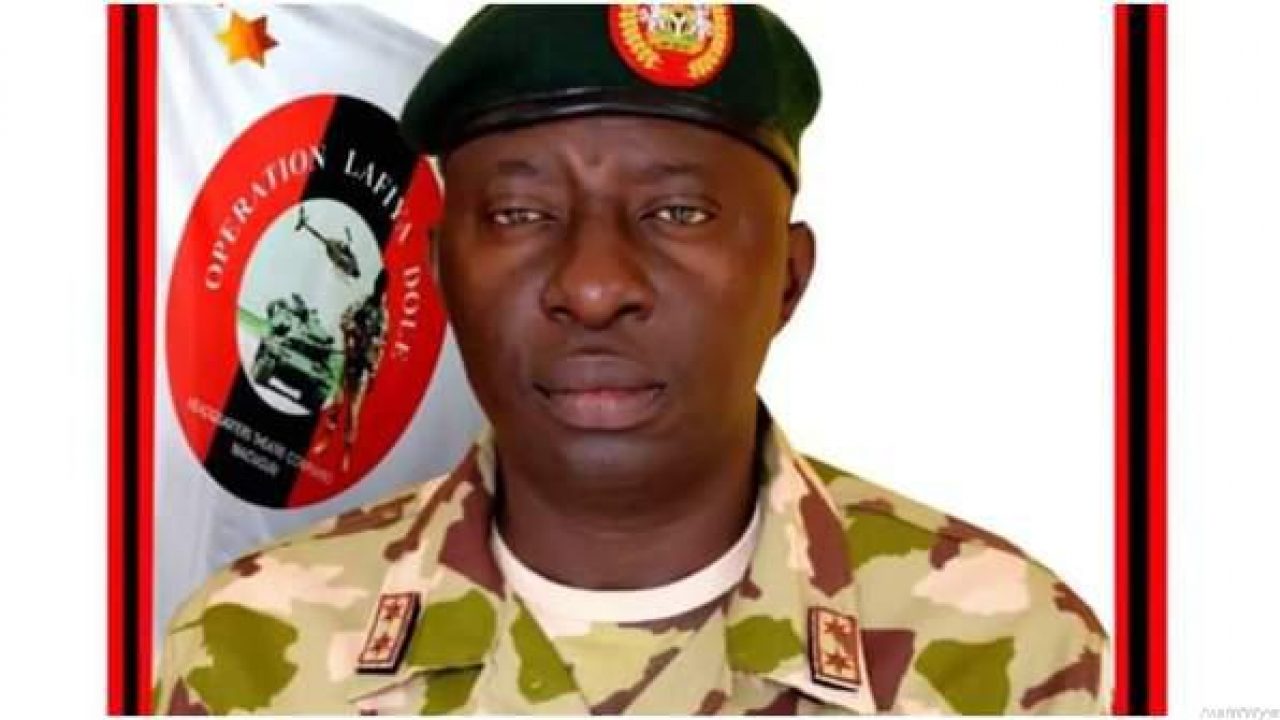 Olusegun Adeniyi, the former theatre commander of Operation Lafiya Dole who was spotted in a viral video months ago complaining about soldiers fighting Boko Haram not having enough weapons, has been demoted by at least three years.

Adeniyi was subjected to a court martial after being removed as commander of Operation Lafiya Dole and transferred to the Nigerian Army Resource Centre in Abuja. He was later moved to the army headquarters, still in Abuja.

Though the army claimed that Adeniyi’s redeployment is a routine exercise intended to reinvigorate the system, the military tribunal he appeared before found him guilty of violating military social media guidelines and ordered that he be demoted by at least three years on Monday November 30.

Tokunbo Obanla, Adeniyi’s military aide who was said to be in possession of his phone at the time of the incident, was also found guilty and sentenced to 28 days in jail with hard labour after reportedly admitting to posting the video on social media in error.

While both convictions are subject to confirmation by the military board before it can take effect, Adeniyi’s lawyers said they would appeal the tribunal judgement before higher military authorities.