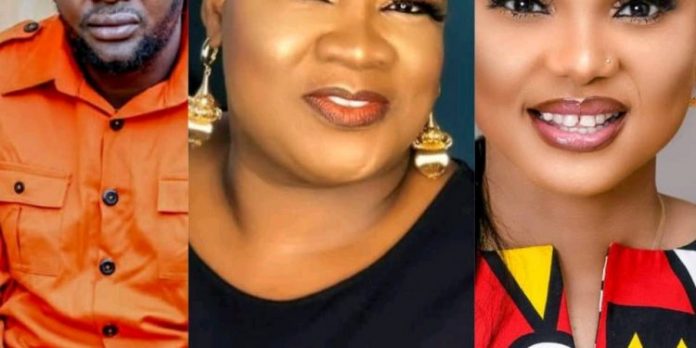 Nollywood actor, Yomi Fabiyi has raised an allegation against duo of actress Iyabo Ojo and comedienne, Princess, saying they vowed to kill actor Baba Ijesha if he is released from police custody.

The actor made the allegation on his Instagram page during the early hours of today, Tuesday May 11.

He also announced that a protest will be held in Lagos tomorrow to demand the release of the actor who has been accused of defiling the foster daughter of Princess.

Remember Baba Ijesha was arrested by the Lagos Police Command after he was alleged of molesting a 14 year-old girl which was seen in a CCTV footage. It was also alleged that Baba Ijesha had earlier abused the 14-year-old girl seven years ago.

Recall in an interview with Morayo Brown, the host of Your Views on  TVC on Friday, April 30, Princess said this isn’t a case of molestation but rape.

Immediately, she told us, she wrote a statement with the police, explained how it was done. 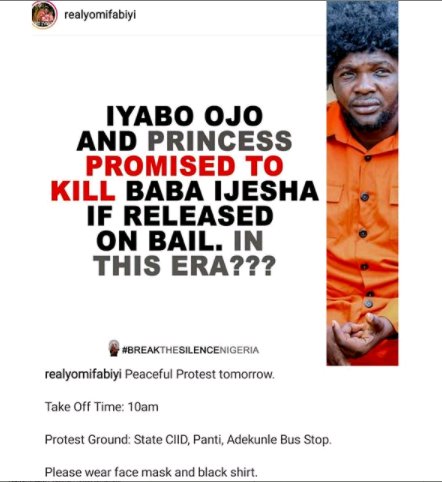 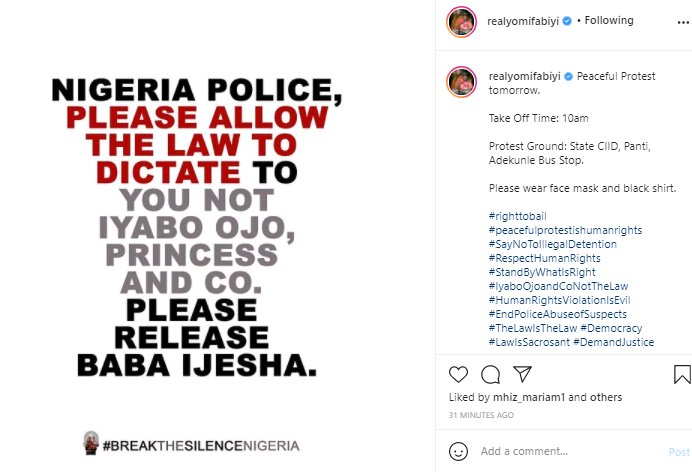 “Then she felt a wetness all over her body. He brought out a handkerchief and cleaned it.”

She continued; He asked her to go and bring a towel to clean the remaining.

Then he came about a day or two later to tell me that he brought food for us; and I told him that I am not going outside.

“He asked her to follow him to collect the food.

When she bent down to collect the food, he inserted the key in her private part”