Reactions As Prophet Odumeje Strikes ‘Strange’ Pose With His Daughters 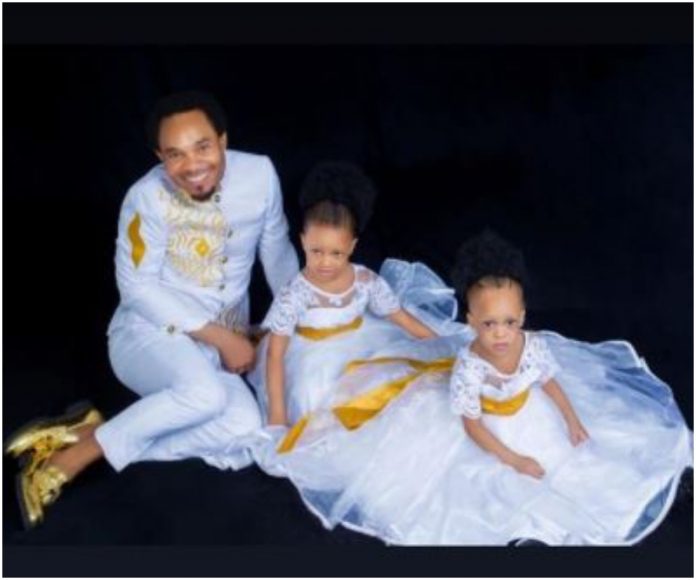 A photo of the general overseer of the Mountain of Holy Ghost Intervention Deliverance Ministry Onitsha, Chukwuemeka Ohanaemere alias Odumeje in a family photoshoot with his beautiful daughters has surfaced on social media.

In the photo that has become a growing sensation since it was first shared, the controversial cleric is pictured in a rather hilarious pose in a family photoshoot.

The cleric and his two beautiful lovely kids donned a white attire embellished with gold ribbons and shoes. 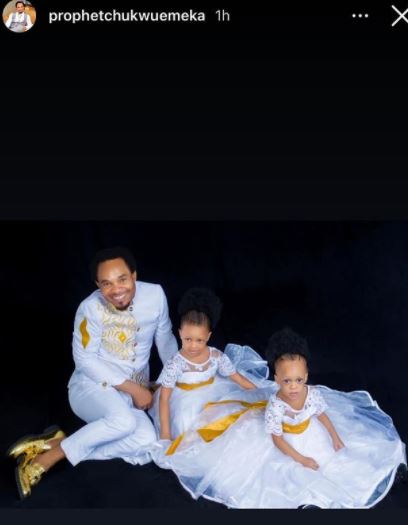 The photo was greeted with a lot of reactions from social media users who found both his composure and gold shoe hilarious.

Here’s some of the reaction below;

emil0re wrote; I actually thought he was wearing heels😂

andykattie wrote; it’s his golden shoe for me

iam_pearlmarvi wrote; ‘Sure a great dad’

iamrediva wrote; ‘To fit into the shoot ni’

sagitarian4life wrote; ‘Its the gold shoes for me’