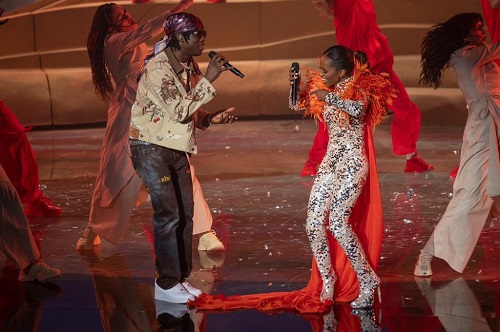 Joy Awards is the largest ceremony to recognize and honor artistic achievements of the middle east’s, it features 13 awards that are handed to nominated female and male celebrities across various genres and categories.

The third edition of the event was hosted by the Kingdom’s General Entertainment Authority and organized in partnership with MBC Group.

It was a beautiful atmosphere at the Bakr Al-Shadi theater and one of a kind that was unique to the afrobeat movements.

Dalia Mubarak is one of the biggest female stars from the Middle East, she’s signed to Warner Music records in 2022.