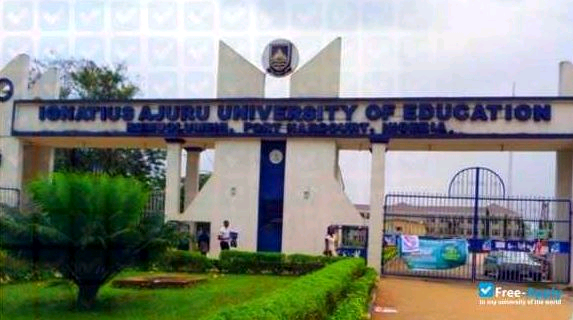 A lecturer of the Ignatius Ajuru University of Education, Port Harcourt, Rivers State, Dr Samuel Abiye, has been suspended by the institution over the sex-for-grade scandal.

The Vice Chancellor of the institution, Prof. Ozo-Mekuri Ndimele, disclosed this in a statement on Tuesday, August 24, via his Facebook page.

Ndimele said the lecturer was suspended for 3 months on half salary on allegation of sexual extortion for grade from one of his female students.

“He was recorded by a female student who he promised to help to pass his course and all other courses taught by other lecturers in their department, if and only if, she could help him through sexual gratification,” the VC stated.

READ ALSO: Tragedy as Landlord is allegedly stoned to death by one of his tenants

“Dr. Abiye directed the female student to meet him at the King James Hotels towards Eagle Cement area of Rumuolumeni, where she was to be explored sexually in exchange for grades

“In the interim, the University has directed that all courses taught by Dr. Abiye for the 1st semester of 2020/2021 be regraded through conference marking to be supervised by the Dean of Education. All his courses and supervisees have been reassigned to other lecturers in his department.

“The matter has been referred to the University Staff Disciplinary Committee for further investigation to determine his fate. We are determined to keep our little corners tidy.” 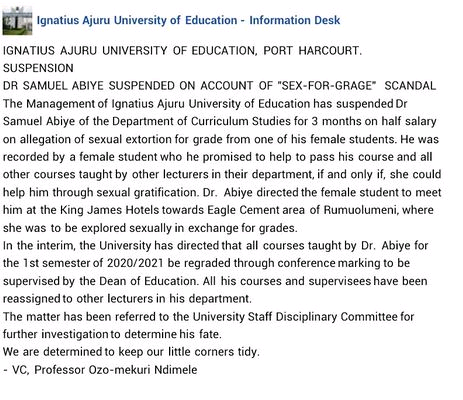