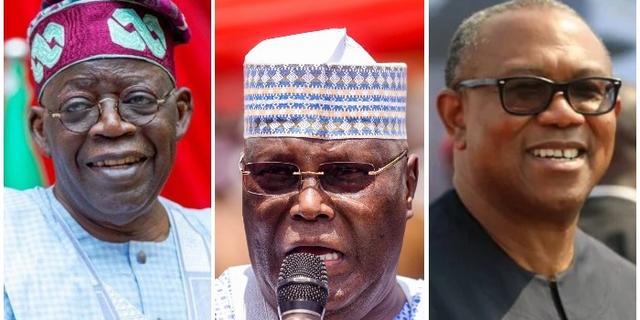 Welcome to the round-up of the latest political gist in Nigeria, highlights of political events, and happenings in the country for this week.

Read all the major political news, political event highlights, and happenings in Nigeria on Frank TalkNow.com

2023 Presidency: The Old Ones Should Fade Away And Allow Young People To Take Over – Abdulsalami Declares

The former military leader of Nigeria, Abdulsalami Abubakar has revealed his stand on the kind of president the country needs in 2023.

Abubakar stated that it is time for the old politicians to step aside and allow the younger generations to lead the country.

According to him, what the older politicians should be doing at this point in time is to encourage and mentor the younger ones.

Frank Talk Now reports he made his mind known at his Minna residence when he hosted the presidential candidate of the Accord Party (AP), Prof Christopher Imumolen.

Wike: I knew PDP Would Not Give The  Presidential Ticket To An Igbo Man – Umahi Demands Apology

Governor of Ebonyi state, Dave Umahi has demanded an apology from some members of the Peoples Democratic Party, PDP, who criticized him when he dumped the party two years ago.

Sharing his ordeal during an interview on Arise TV, the governor said that those who were angered by his defection are now crying.

He subsequently demanded that they apologize to him for their actions in the past.

The executive Governor of Ebonyi State, David Umahi has acknowledged that he likes the presidential ambition of former Governor of Anambra State, Peter Obi.

The All Progressives Congress (APC) chieftain declared on Friday that he is ready to host the Labour Party presidential flagbearer whenever he visits Ebonyi.

During the interview, Umahi denied viral reports of him saying that Obi would not get a single vote from Ebonyi in the 2023 elections.

He said Obi is his friend and he likes what the Anambra man is doing politically.

The National and States Assembly Election Petition Trial Tribunal sitting in Jos has nullified the election of Musa Avia Aggah as the winner of the bye-election for Jos North Bassa Federal Constituency.

Recall that Aggah of the Peoples Democratic Party (PDP) was declared the winner of the election on February 26 by the Independent National Electoral Commission (INEC).

Declaring the result, INEC’s Returning Officer, Yinka Oyerinde, had said Musa Agah of the PDP polled a total of 40,343 votes to defeat his closet challenger, Muhammed Adam Alkali, of PRP who garnered a total of 37,757 votes while Abbey Aku of the All Progressives Congress (APC) polled 26,111.

It held that Aggah was not validly nominated by the PDP for the bye-election and did not score the highest valid votes in the election.

Senator Ahmed Mohammed Makarfi has urged Nigerians to vote for the Peoples Democratic Party (PDP) in next year’s general election.

In an interview with BBC Hausa, he said insecurity has deteriorated under the ruling All Progressive Congress (APC).

Makarfi, who governed Kaduna State, said when PDP was in power, only the Northeast experienced insecurity, but an election was still conducted because of the measures taken by the Goodluck Jonathan-led administration.

He lamented that Nigerians are unable to go to farms, markets, or visit their relatives due to insecurity ravaging the country under the APC administration

Wike: Atiku Is Responsible For The Crisis In PDP – Aisha Yesufu

Atiku had fallen out with Rivers state Governor, Nyesom Wike, over his decision to pick Delta State Governor, Ifeanyi Okowa, as his running mate.

Wike and his supporters had demanded the resignation of the party’s chairman Iyorchia Ayu to bring peace back to the party.

Reacting to the turbulence in the PDP via a video on Twitter, Yesufu said that Atiku’s inability to manage the PDP was responsible for the crisis rocking the party.

She argued that Atiku cannot be trusted to unify Nigeria because he can’t maintain peace within his party.

Omokri who has been fault-finding since the former Governor of Anambra State dumped the Peoples Democratic Party (PDP) for LP, said today via his microblogging page that he handled Obi’s Twitter until July 2022.

According to him, Obi had a few real followers when he (Omokri) was handling the page. He alleged that the presidential hopeful now uses bots to get followership on the bird app.

READ ALSO:   A Way out of ASUU/FG imbroglio, by Olabisi Deji-Folutile

Omokri challenged Obi and his social media handlers to deny the claim, adding that an agent of the Indigenous People of Biafra (IPOB) is behind Obi’s current followership on Twitter.

Former Attorney-General of the Federation (AGF), Mohammed Adoke has accused the National Chairman of the Peoples Democratic Party (PDP), Iyorchia Ayu of chasing his personal interest.

According to Adoke, Ayu who has insisted that he would not resign from office is not interested in PDP’s victory.

Adoke further stated that he thinks Ayu has a score to settle with the presidential candidate of the party, Atiku Abubakar and would see that he is defeated.

He questioned the motive of Ayu in wanting the party to be destroyed rather than uniting it.

Adoke stated this while reacting to Ayu’s statement where he described the people calling for his resignation as children.

A chieftain of All Progressives Congress (APC), Dakuku Peterside, has slammed Governor Nyesom Wike of Rivers State over his recent antics.

In a statement released on Thursday, Peterside cautioned Wike to stop embarrassing Rivers people, whom he described as politically sophisticated and conscious.

The APC chieftain added that Rivers people know their real leaders who have their interest at heart, and not those taking advantage of the economic situation to embarrass them.

Peterside stated this while speaking at a rally in Opobo, headquarters of Opobo/Nkoro Local Government Area, Naija News reports.

The former Director General of the Nigerian Maritime Administration and Safety Agency (NIMASA) said Wike cannot influence how the people of the state would vote during the 2023 elections.

Former Minister of Communication, Adebayo Shittu, has queried the Labour Party (LP) presidential candidate, Peter Obi, for leaving a huge sum of money behind, after serving as Anambra state Governor.

According to the former Minister, the LP flagbearer had no business saving money for the state, especially when he is not a banker.

He further accused the former governor of investing state funds in his private businesses.

Shittu added that the aim of going to the government is to perform for the benefit of the masses and not to keep the money.

The National Executive Committee (NEC) of the Peoples Democratic Party (PDP) is expected to meet next week.

The committee members would meet to ratify the list of members of the Presidential Campaign Council before the list is made official.

The rift between the presidential candidate of the party, Atiku Abubakar and the Rivers State Governor, Nyesom Wike has hindered the party from constituting members of the campaign council.

Wike had placed some demands before Atiku in exchange for his support ahead of the 2023 general elections.

Part of the demands of the Rivers State Governor is for the National Chairman of the party, Iyorchia Ayu to resign from office.

Governor Wike wants someone from the South-West to take over from Ayu if he eventually resigns from office.

The Co-convener of the Bring Back Our Girls movement, Aisha Yesufu, has refuted a social media claim that she is planning to join the All Progressives Congress (APC).

Frank Talk Now reports that a Twitter user @Mkibrahim0247 had in a tweet on Friday morning claimed that Yesufu wants to join the APC, saying that Nigerians should wait and see if the ruling party will accept her.

He wrote: “Rumour has it that @Aishayesufu wants to join @OfficialAPCNg, will they accept her, well, we’ll wait and see.”

In a swift response to the tweet, the political activist sarcastically said she has already joined the party as the campaign manager.

The Presidential candidate of the New Nigeria Peoples Party (NNPP), Rabiu Kwankwaso has described the Peoples Democratic Party (PDP) and the All Progressives Congress (APC) as failures.

Kwankwaso claimed that Nigerians will not vote for PDP and APC in 2023 because they have discovered that the parties are a bunch of failures.

According to Kwankwaso, Nigerians are tired of the state of things in the country and want a change in the forthcoming election.

The presidential candidate stated this while addressing newsmen after meeting the party faithful in Lokoja, Kogi State on Thursday.

Kwankwaso lamented how the APC has destroyed the economy of Nigeria, adding that the security challenges caused by unemployment have turned Nigeria into a country where anything goes.

Why I Returned To The PDP – Shekarau

Former Kano State Governor, Ibrahim Shekarau on Thursday stated that he did not resign from the New Nigeria Peoples Party (NNPP) and join the Peoples Democratic Party (PDP) for selfish reasons.

Speaking on Channels Television’s Politics Today, Senator Shekarau slammed those who accused him of indiscipline for moving from the All Progressives Congress (APC) to the NNPP and now to the PDP within five years.

According to the former governor, he has always consulted with his supporters at the grassroot before making any move from one political party to the other.

2023: Join The Train Or Be Left Out – Atiku Loyalists Tell Wike

The Presidential candidate of the Peoples Democratic Party (PDP), Atiku Abubakar has reportedly been advised by his supporters to move on with his campaign without the Rivers State Governor, Nyesom Wike.

Governor Wike on several occasions had threatened not to support Atiku if his demands are not met.

Part of the demands of the Rivers State Governor is for the National Chairman of the party, Iyorchia Ayu, to resign and hand over power to someone from the South-West.

Atiku, however, is mindful of calling Wike’s bluff considering his influence among major stakeholders in the party, including some governors.

This piece was piled up and edited by Musa Adekunle and that will be all for this week. You can read more political and other Nigerian news on Frank Talk Now