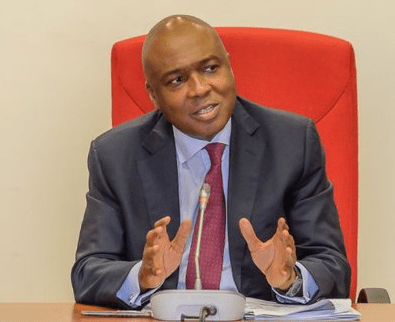 The immediate past Senate President, Senator Abubakar Bukola Saraki, has said democracy is continuously being undermined and endangered in Nigeria.

He said the insecurity, poverty and other socio-economic challenges facing the country had continued “to make what should be a representative government look strange to the people.”

According to him, 22 years after the country embraced democratic governance, the system had not given birth to good governance.

Saraki, in his Democracy Day message on Friday, however, called for truce and appealed to Nigerians to give peace a chance and work for the unity of the country.

He said: “Today, our country faces security challenges and the government is not able to adequately protect the citizenry.

“There is massive unemployment which has impoverished a high percentage of the population and many citizens are questioning the basis for the unity of the country.

‘These are pointers to the question of whether democracy is actually working in our clime.

“However, since we have accepted that the best form of government is democracy, we have no option than to make the system work for our country and her people.

“Also, our elections still lack appropriate legislations and conventions that are aimed at entrenching free, fair, peaceful and credible elections.

“That is why today, the courts, more than the votes cast by the electorate, determine who occupies top political posts,” he added.

Saraki charged all members of the political class to begin to focus “on debating the Nigeria that we want after the next round of elections” in 2023.

“Everybody who wants to occupy any position in post-May 2023 Nigeria and all those who love this country must as a matter of urgency and patriotic duty enter the arena in discussing ideas that will solve the problems our country is facing.

“Our public space must now become an arena or open market for contest of innovative ideas and we should allow the best in time to prevail.

“We should all concentrate efforts in discussing solutions to the problems that are threatening to bury our country or push her down the precipice.

“This is the time for all discussions to shift to solutions, creative and innovative ideas,” he stated.