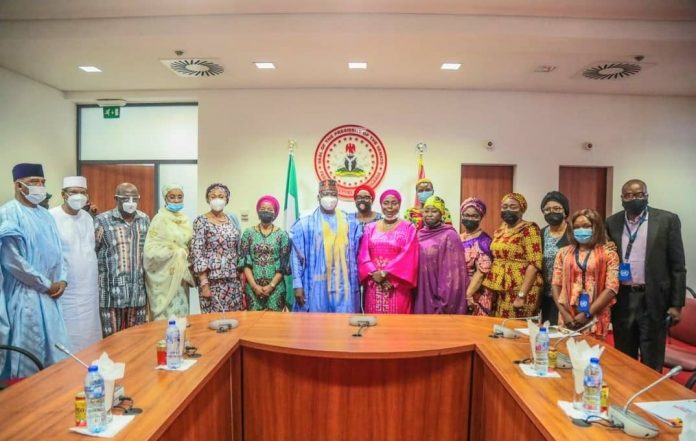 A high level advocacy visit was made to Senate President Ahmed Lawan to seek his support as co sponsor of the revised Gender and Equal Opportunities Bill (GEOBILL).

The team presented the revised GEOBill which has adopted recommendations that addressed initial objections. The GEOBill was revised by a Technical Working Committee established under the auspices of the office of Senator Abiodun Olujimi and UN Women and chaired by Saudatu Mahdi.

Lawan who gave his support in principle commended the team for strategically making the visit while the constitution is being reviewed. He further assured of his support and commitment to advancing women’s right and full participation in governance.

READ ALSO: JUST IN: Another prominent Pastor is dead

According to Lawan ” Women make up half of Nigeria’s population, they should not be denied the opportunity to serve government at all levels.”

The Gender and Equal Opportunities Bill was initially sponsored by Senator Abiodun Olujimi in 2015.