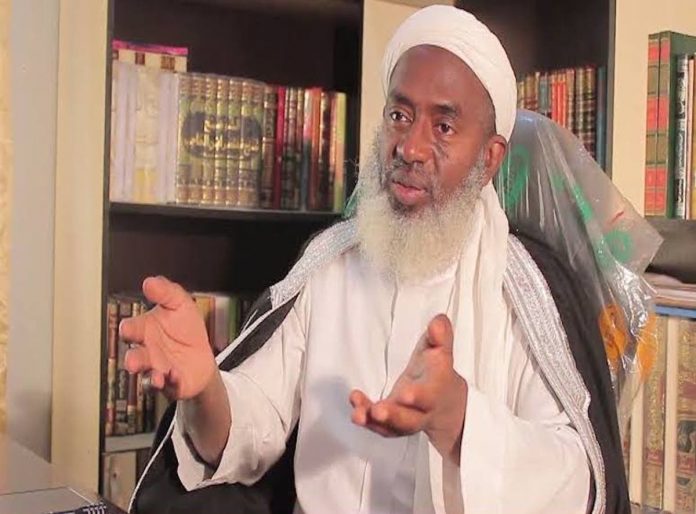 Popular Kaduna-based Islamic cleric, Sheikh Ahmad Gumi has stopped negotiating with bandits because the state government was not interested in the move.

Sheikh Gumi’s aide, Malam Salisu Hassan, said this to SaharaReporters in an interview on Thursday.

“No, it is not that Sheikh is busy. The problem is that since the government is not interested in reconciling with those people.

“So Sheikh just tried to have some other way so that he can achieve his goals. The Kaduna State government said they are not interested in negotiations,” Hassan said.

Previously, the Islamic scholar used to go into forests to meet with bandits and hold peace talk with them after abductions.

Sheikh Gumi met bandits in the forests of Zamfara, Niger and Kaduna states to negotiate the release of abducted victims, a move Kaduna Governor, Nasir El-Rufai frowned at.

El-Rufai in Abuja on Wednesday, during a dialogue tagged: “Financing Safe Schools: Creating Safe Learning Communities” said the military should storm forests where bandits stay and bomb the whole place, thereby eliminating them.