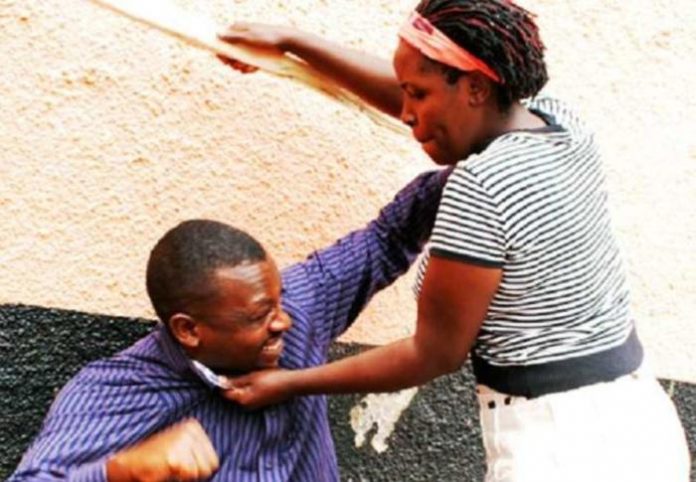 The Lagos State Government on Tuesday said 89 husbands have reported battering by their wives in cases of domestic violence.

Commissioner for Women Affairs and Poverty Alleviation, WAPA, Cecilia Bolaji Dada disclosed this at a ministerial news conference to mark the second year of Governor Babajide Sanwo-Olu in office, held in Ikeja, Lagos.

According to the commissioner, in 2020, a total of 46 men reported at the ministry that their wives violated them.

Dada added that in the first quarter of 2021, a total of 43 men reported battering by their wives, making a total of 89 in the last two years.

She said this was the cases reported to WAPA and that some cases had been reported directly to the Ministry of Justice and police station which the ministry might not be aware.

Dada, however, disclosed that a total of 664 women were battered by their husbands in Lagos in the last two years according to cases reported at WAPA.

However, Dada disclosed that empowerment initiatives and Poverty Alleviation programmes of the ministry has impacted the lives of over 48,000 residents of the State in the last two years.

She said WAPA would also start exposing its trainees to the use of technology and also enlighten women on newer practices in vocational training, considering the effects of COVID-19 and the need to adapt with the new normal within the digital space.

In her words; “Our Mandate is to ensure that there is zero tolerance for mediocrity being caused by poverty, or induced by vulnerabilities from societal influences. This, we have achieved through the various trainings offered at the government-owned 19 skills acquisition centers in the State.

“The Ministry created platforms for International Women’s Day , with highlights on the dynamism of women and a plan of action for ‘Women Assembly’, with over 11,400 women in attendance from the 57 Local Government/Local Council Development Areas where issues that could deter women emancipation, as well as debar efforts exerted at curbing poverty, in our State were extensively discussed.”

She added that a total of 3,337 adults also benefited from the intervention health programmes, initiated by WAPA, stressing that 6, 780 women from 5 geographical areas of the State, also had the privilege of learning different vocations with participants receiving adequate start-up kits to enable them grow their businesses.