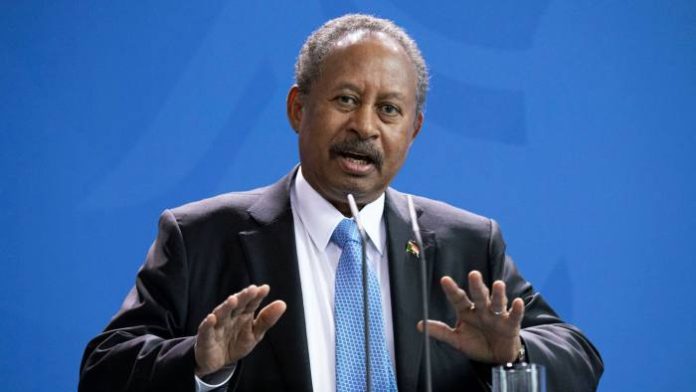 Sudanese Prime Minister Abdalla Hamdok officially announced on Sunday he was stepping down as head of government, six weeks after he was reinstated in a deal with the military junta.

“I announce my resignation from the post of prime minister,” Hamdok said during a televised Sunday evening address.

“I leave this position to other sons and daughters of my homeland, so that they can continue to govern the dear homeland and live out with it what remains of the transitional period toward a civil, democratic state.”

Hamdok had said his deal could save a transition toward democracy.

However, he failed to name a government as protests continued against the military takeover in October.

On Sunday, he called for a roundtable discussion to produce a new agreement for Sudan’s political transition.

throws Sudan’s political future even deeper into uncertainty, three years after an uprising that led to the overthrow of long-time leader Omar al-Bashir.

An economist and former United Nations official widely respected by the international community, Hamdok became prime minister under a power-sharing agreement between the military and civilians following Bashir’s overthrow.

Ousted and placed under house arrest by the military during a coup on Oct. 25, he was reinstated in November.

The ex-leader declared that a solution to the political unrest between the public, government, and military can only be solved “through dialogue at a round table that includes all parties.”

Hamdok’s resignation comes in the wake of dozens of demonstration-related deaths, including the recent killings of two anti-coup protesters in Omdurman, Sudan’s most populous state.

While Hamdok had previously hailed his 14-point agreement with the military as a means to spare the “blood of the Sudanese” and effectively preserve the nation’s economic gains, protesters widely pushed back against the claims.