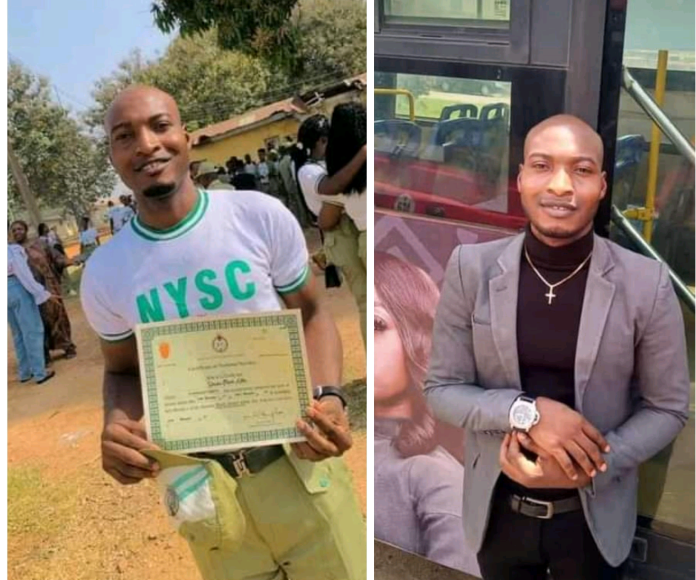 The victim identified as Oliver Abba was reportedly killed on Thursday night, December 29, 2022, in his village in Niger State.

It was gathered that he had gone to the village to spend the Christmas holidays with his family.

Details of the incident are still sketchy at the time of filing this report.

Meanwhile, friends, family and former course mates have taken to Facebook to mourn him.

“Brother dis is not d initial plan.. all d struggles, hustle and sleepless nights can’t just go in vain bro. Life itself is unfair I know bt u shouldn’t have left,” his brother wrote.

“D NYSC cert and d professional exams u wrote last week at my place was for who and why??? We promised to make mum and dad happy as d were d reasons u went to d village to celebrate Christmas.

“D apartment we planned to funish and move in next week was not for me alone. We planned to face dis life and hustle as men not Bois anymore,”

“U left in cold blood . BANDITS Y. Inspector ABBA as I usually call u .. dis is hard on me bro. Honorable SAMU as u prefer to call me. Am heart broken. RIP BROTHER .. U WILL ALWAYS B REMEMBERED.