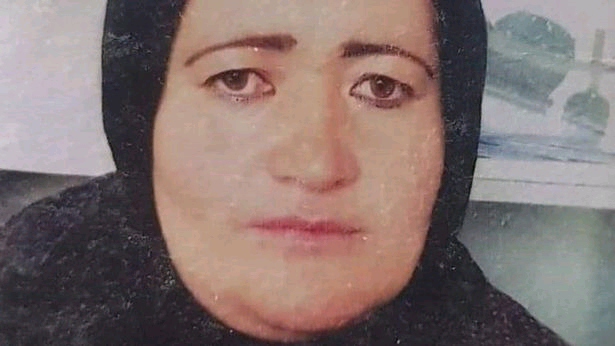 A pregnant policewoman has been shot dead by Taliban militants in Afghanistan, witnesses claim.

The officer was reportedly gunned down at home in the capital of central Ghor province, Firozkoh, on Saturday.

Banu Negar’s face was described as being mutilated in the savage attack which left blood splattered across a wall, graphic images showed.

She was killed in front of her husband and children, who had been tied up, BBC News reports.

Her death follows rising reports in Afghanistan of the Taliban abusing women and repressing their rights.

Despite Ms Negar’s relatives accusing the Taliban of murdering her, the group denies any involvement.

Spokesman Zabiullah Mujaheed told the BBC: “We are aware of the incident and I am confirming that the Taliban have not killed her, our investigation is ongoing.”

Mujaheed added that Ms Negar’s death must have been due to “personal enmity or something else” because the Taliban had already announced an amnesty for people who worked for the previous administration.

Three gunmen speaking Arabic forced their way into their family home on Saturday and searched it before tying the family up, it is claimed.

Negar’s family say she was eight months pregnant and worked at a prison.

The Taliban earlier promised a peaceful transition of power after their rapid expansion across Afghanistan.

However, its members have already carried out heinous human rights abuses and mass murders.

Social campaigner Fariha Easer, who has fought for women’s rights in Afghanistan for almost her entire adult life, earlier claimed they have been seeking out women and girls over 15 for marriage.

Reporter Hollie McKay wrote in the Dallas Morning News that her friend saw the militants arrive in the northern province of Badakhshan.

Fariha told her: “They were saying that they are the saviors, the guards of Islam, the liberators of the West.

“They asked one father to give over his daughters as wives. They said one of the Taliban is a mullah, and they must make an engagement for him.”

She went on: “After the marriage, they took the young woman away. But the father found out after three days that it was not only the Taliban who married her and had sex with her, she was being raped by four others every night.”

Fariha told her: “They were saying that they are the saviors, the guards of Islam, the liberators of the West.

“They asked one father to give over his daughters as wives. They said one of the Taliban is a mullah, and they must make an engagement for him.”