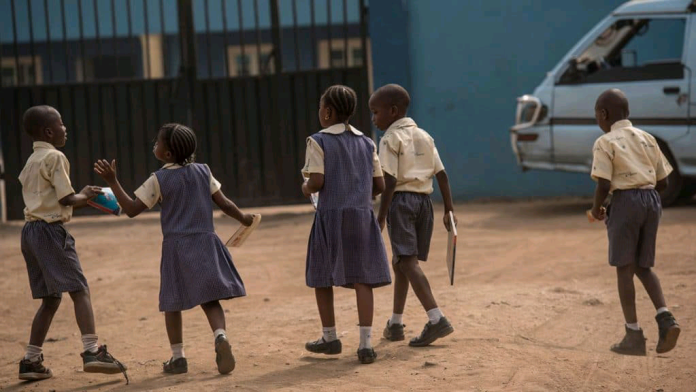 Following the deteriorating security situation in the Federal Capital Territory, FCT, parents and guardians are worried over the safety of students as schools resume for a new academic section on Monday.

Frank Talk Now recalls that the Federal Government had on July 25, 2022, directed the closure of federal colleges in the nation’s capital over series of terrorists’ attacks recorded in Abuja.

Recall that the National Examination Council was also directed in July to hasten the conduct of examinations for final-year students in a bid to forestall attacks on those participating in the exercise.

The directive was sequel to an attack on Sheda and Lambata villages, suburbs of Kwali Area Council, near the Federal Government College, FGC, Kwali by terrorists suspected to be members of the Islamic State of West Africa Province (ISWAP).

Frank Talk Now reports that the nation’s capital had experienced several security breaches since the unfortunate attack on the Kuje correctional center, where about 150 Boko Haram members and ISWAP fighters escaped.

More worrisome are the Kwali and Bwari Area Councils where bandits and other bloodthirsty criminal elements have been on rampage, killing and kidnapping unsuspecting residents.

Some residents, particularly parents and guidance, who spoke to our correspondents in Abuja yesterday, lamented the spate of killing and kidnapping occurring in some parts of the territory.

Mr Okowa Raymond of Covenant Secondary School, Bwari, said the school’s Parents and Teachers’ Association, PTA, met recently on how students could return to school amid the security threats.

He said while some parents expressed fear that the students may be attacked by bandits, the association resolved to contract security operatives for the safety of both students and teachers.

Mr Raymond said, “Of course, with what is happening in the territory currently, anybody can be scared of what may happen to his or her child in school. Even at home, we are not safe, much more places like school?

“But I don’t think the management of any school will just sit and watch without making efforts to ensure that their students and pupils are safe. We are doing our best to ensure our safety, but we are still begging the government to do the necessary things. It is our right to be protected”.

A parent, Mrs Monica Adoja said her hope is on God alone, stressing that even the security operatives are no longer secured in any part of the country.

“If we stop these children from going to school all in the name of insecurity, posterity will ask us questions that we may not be able to answer.

“We only leave them in the hands of God. Even the security operatives that we are talking about, are they not also victims? It is only God that can secure our children for us”, she said.

Another respondent, Mr Olawale Adebayo lamented how a nation’s capital had become characterized with such a security threat where vulnerable citizens who cannot protect themselves are left to their fate.

He said, “How terrorist always penetrate the FCT to unleash attacks on innocent citizens always amazes me. Our children are scared of going back to school but our leaders are busy battling for power. This is sad.

“I have been trying to convince my only child who is schooling at the Federal Government College, Kwali, to resume but the fear of the terrorists’ attack near the school two months ago is still fresh in her mind. This definitely needs to stop”.

However, the Public Relations Officer, FCTA Education, Mr Kabir Musa told DAILY POST that the FCT Administration had put up measures across the city to ensure safety of the returning students.

He said, “everything has been put in place to ensure the safety of the students. By God’s grace, the boarding students are resuming on Sunday, while the day students will resume on Monday”.