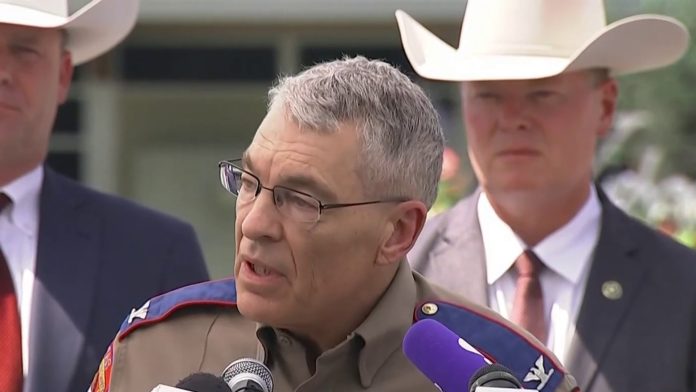 A Texas Security official has said Commander made the `wrong decision’ not to breach the classroom sooner because they thought there were no children at risk.
The 18-year-old gunman who killed 19 children and two teachers at an elementary school in Texas this week entered through a door that was propped open, then fired multiple rounds as 911 calls from students and people inside asked police for help, according to local law enforcement.
Steven McCraw, director of the Texas Department of Public Safety, said officers did not breach a classroom door and kill Salvador Ramos until after 12:50 pm on Tuesday. Between the hour that officers arrived and the gunman was killed, there were 19 officers in a hallway, he said.

At 12.16 pm, a caller told a 911 dispatcher who was in a classroom that there were eight to nine children still alive. In another call after 12.36 pm, a student asked “please send the police now.”
The latest details from Texas officials in the wake of the mass shooting follow a contradictory timeline and uncertain police accounts of the hour after Ramos arrived at the school, raising questions about security at Robb Elementary School and the police response, as parents pleaded with officers outside the school to save their children.