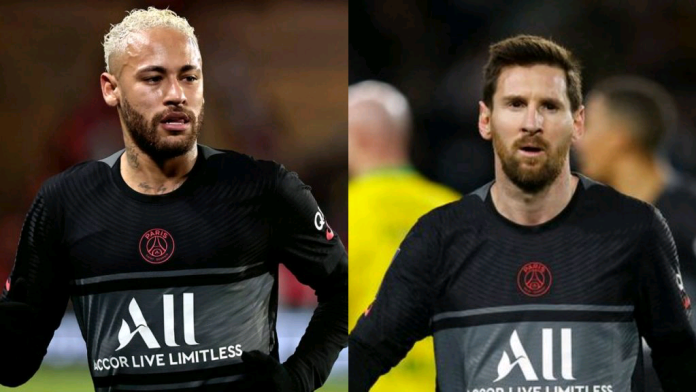 Neymar said this while paying a short-and-sweet tribute to Messi on Instagram.

The Brazilian posted a picture of himself with Messi in which they were seen talking during PSG’s 7-1 win over Lille on Sunday.

Neymar lauded Messi as a friend and an idol, thanking football for bringing them together.

Both players were heavily involved in PSG’s win over Lille in their Ligue 1 fixture last weekend.

Neymar bagged a brace while Messi scored a goal and picked up an assist.

His post on Instagram had a caption that roughly translates as “Idol and friend. Thank you football.”