The Week In Review: Buhari’s Interviews, Olubadan’s Passing On, Zamfara Killings And More… 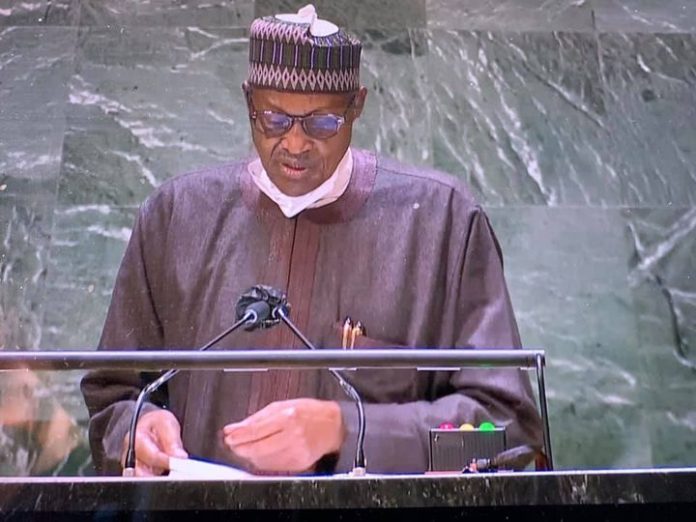 President Muhammadu Buhari during the week granted two interviews, where he talked about Nnamdi Kanu, the economy, 2023 election and others; The Olubadan of Ibadan, Oba Saliu Adetunji, joined his ancestors; Bandit terrorists killed over 60 persons during attacks on Zamfara villages…

We are reviewing these and many more this past week.

Defend yourself – Buhari to Nnamdi Kanu

President Muhammadu Buhari has shattered the hope of some individuals that he might release Nnamdi Kanu, the leader of the Indigenous People of Biafra, IPOB.

In an interview with Channels Television aired on Wednesday night, Buhari asked the pro-Biafra agitator to defend himself in court for spreading false information about Nigeria when he was in the United Kingdom.

This is coming after a former Minister of Aviation, Mbazulike Amaechi led some Igbo leaders to visit the President for the unconditional release of the IPOB leader on November 19, 2021.

Buhari had during the visit told the delegation that he would not want to interfere in the running of the judiciary but said he would consider their ‘heavy’ demand.

But speaking to Channels Television, the president insisted that he would not interfere in any judicial process.

“There is one institution that I wouldn’t interfere with, that is judiciary, Kanu’s case is with the judiciary but what I wonder is when Kanu was safely in Europe, abusing this administration and mentioning too many things, I thought he wants to come and defend himself on the accusations,” Buhari said.

Ifeanyi Ejiofor, lawyer to the leader of the Indigenous People of Biafra (IPOB), Nnamdi Kanu, says his client is not bothered about President Buhari’s decision not to release him.

He stated that the federal government has no case against his client and the executive arm should desist from further interfering in the judicial process.

The lawyer appealed to the president to direct the Department of State Service (DSS) to obey all court orders regarding Kanu’s case.

No Kingmakers in APC – Buhari

Buhari on Thursday warned chieftains of the All Progressives Congress (APC) against anointing candidates or appointing roles to members.

Buhari gave the warning in an interview with the National Television Authority (NTA) and monitored by Naija News.

Ahead of the 2023 general elections, the President stated that there will no kingmaker or godfather roles in the ruling party and will not tolerate such.

The Nigerian leader advised aspirants seeking elective positions to embark on a massive campaign and let the people decide their candidate.

He said: “My position is simple. I think I succeeded in making my position understood. I said that we start from the bottom-up, from polling units to wards, local government, state, and Abuja.