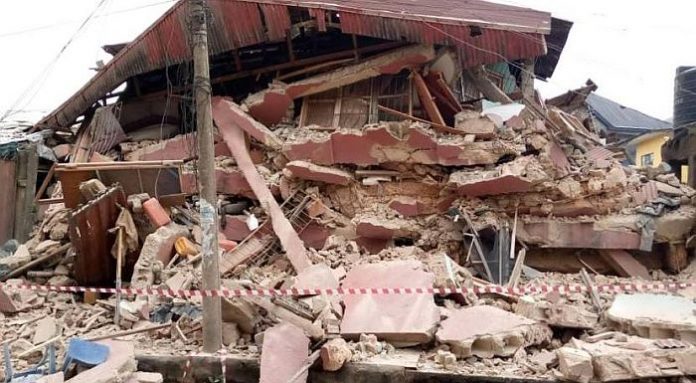 Three fish sellers hiding from task force reportedly lost their lives on Tuesday when a dilapidated building fell on them in the Arakale area of Akure, the Ondo State capital.

It was gathered that the deceased traders were hiding inside the dilapidated building in order to escape arrest by the task force set up by the Fish Sellers’ Association of Nigeria to enforce the payment of certain fees.

One of the victims, Mrs Dorcas Ajayi, was said to owe the association N1,000.

Her husband, who identified himself simply as Mr Ajayi, said his wife hid her wares in the dilapidated building so as not to be seized by the task force.

“I was on the farm when I received a call that something had happened to my wife. I found my wife dead and took the body to the mortuary.

“They sold a form to her at the rate of N2,000 and she had paid N1,000. They wanted to collect the balance and she went to hide her goods in that building. It was at that time that the building collapsed on her and the two others,” he said.

Dorcas’ son, Segun, described the death as pathetic and blamed the workers carrying out the demolition of the building for the death of his mother.

“The house collapsed on the fish sellers; one died on the spot, while the others died later,” Ikoro said.