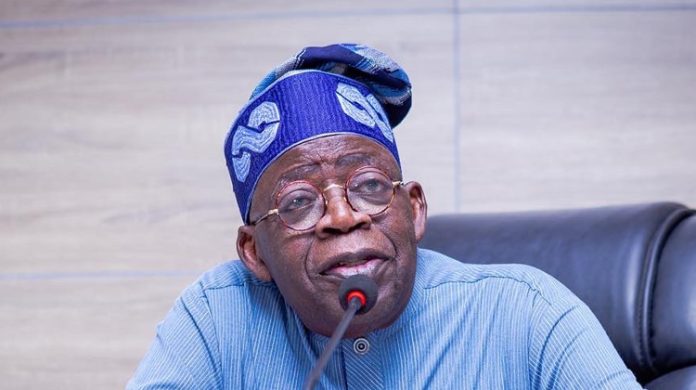 A group, under the aegis of the Incorporated Trustees of Advocacy for Social Right Advancement and Development Initiative, ASRADI, on Wednesday, approached the Federal High Court in Abuja, alleging that St. Paul Aroloya Primary School, Lagos, which the presidential candidate of the All Progressives Congress, APC, Bola Tinubu claimed to have attended, was never in existence.

Consequently, the plaintiff, through its team of lawyers led by Mr Chukwunweike Okafor, obtained the permission of the court to file an application for an order of Mandamus to compel the Inspector General of Police, IGP, Usman Baba, to investigate Tinubu for allegedly lying on oath, Vanguard reports.

It told the court that the APC flag-bearer also claimed that the school was his alma mater, in documents he submitted to the Independent National Electoral Commission, INEC, in 1999.

Therefore, ASRADI, in its ex-parte motion marked: FHC/ABJ/CS/2197/2022, which was granted by Justice Mobolaji Olajuwon, sought for leave of the court to file an application for an order of judicial review, compelling the IGP to investigate Tinubu in respect of the educational qualification claims he submitted INEC.

The group told the court that the application was necessitated by the repeated refusal by the IGP to investigate a petition it brought against the APC candidate.

According to the Applicant, up till the time the suit was filed, the Respondent (IGP), has “willfully refused to investigate and/or prosecute Bola Ahmed Tinubu for the offence of perjury where he is found culpable”.

It told the court that it had in a letter dated November 1, 2022, which was signed by its Executive Director, Mr Adeolu Oyinlola, urged the IGP to commence investigating its allegation “within two weeks of the receipt of this correspondence, and initiate prosecution if it is established that he swore to an affidavit – knowing full well that what he stated therein was and is false”.

In the letter titled: “Investigation of Bola Ahmed Tinubu for Lying on Oath”, ASRADI, said its findings revealed that the APC presidential candidate “lied on oath in every material particular. As a matter of fact, St. Paul Aroloya (Lagos) has never existed”, it added.

It averred before the court that documents it obtained from the INEC regarding the form CF 001 that Tinubu submitted in aid of his qualification to contest the position of Governor, Lagos State in 1999, listed St. Paul Aroloya (Lagos), Children Home School, Ibadan and University of Chicago as institutions he attended.

The Applicant argued that the non-disclosure by Tinubu in the INEC Form CF 001 of the qualification he got in respect of the primary school he attended after stating that he attended St. Paul Aroloya, Children Home School Ibadan, from 1958 to 1964, was a gap that needed to be investigated, as the said school never existed.

Maintaining that the IGP is under constitutional and statutory obligation/duty to investigate Tinubu for the alleged offence of perjury, the Applicant said it would be in the interest of justice for the court to compel the police to look into the matter.

More so, it told the court that due to the actions and inactions of the police over the matter, Tinubu, “is walking free without answering to his past deeds and is contesting for the presidency of Nigeria with dubious educational qualification claims”.

It is among other things, praying the court to declare that “by virtue of Section 215(1) (a) and 2 of the Constitution and Sections 7(1), 31 and 32 of the Nigeria Police Act, 2020, the IGP is under both constitutional and statutory obligation to investigate Tinubu for the offence of perjury contained in the INEC Form CF 001, sworn to by him on December 20, 1999, regarding his educational qualification”.

It is equally sought an Order of Mandamus compelling the Respondent to investigate the filings made by Tinubu and where he is found culpable be referred to the Attorney General of the Federation for prosecution.

In his ruling, Justice Olajuwon granted the Applicant the leave to file for an order of Mandamus to be issued against the IGP, even as he adjourned the matter till February 16 for a hearing.