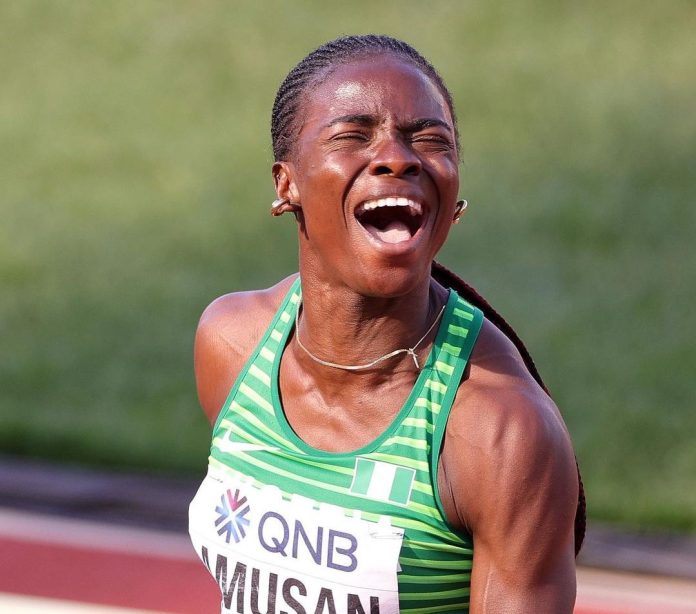 Amusan had shattered her personal best record of 12.40 to clinch the world record by clocking 12.12 seconds on Sunday, beating the former world record set by American Keni Harrison in 2016 (12.20 seconds).

Magnificently, the Nigerian hurdler later beat her world record time in the Women’s 100m hurdles event finals, this time clocking a blistering 12.06 seconds. The result made Amusan the first Nigerian to ever win the 100m hurdles event at the World Athletic Championships.

However, because of too much tailwind, Amusan’s 12.06 seconds will not be counted as a world record.

What is Tail Wind?

In outdoor track events, atmospheric conditions such as wind can aid or hinder an athlete’s performance. One of such conditions is the tailwind.

Tailwind refers to the wind blowing in the same direction as an athlete’s motion. For instance, when an athlete is running forward, the wind hitting the athlete from behind is the tailwind. In such cases, the wind effectively pushes the athlete forward.

A race is considered to have the assistance of the wind if the tailwind exceeds an average velocity of 2.0 m/s (+2.0 m/s or more).

Amusan’s gold came with a measured average velocity of +2.5 m/s, which means her performance was assisted by the tailwind.

When tailwind exceeds +2.0 m/s, the result in such an event is not legally considered for world records or seeding times for upcoming meets. This, however, does not mean the result is cancelled out. The time is still recorded, and the result is legal for scoring and placing in the event it was recorded.

Amusan’s clock time on Sunday made her the first Nigerian ever to break a world record in any event.

“I wanted to get out and go,” the former UTEP standout Amusan said after the semis, according to World Athletics. “I did what I had to do.”