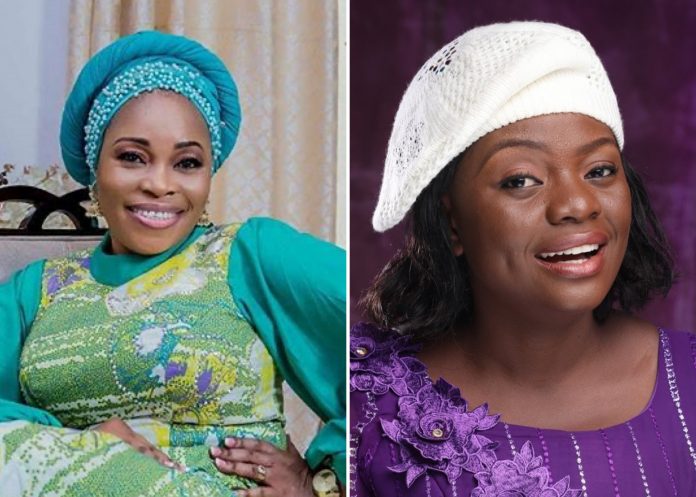 Gospel minister, Adeyinka Alaseyori, has called for peace over criticism that followed Tope Alabi’s harsh criticism of her song.

Tope Alabi, making a veiled reference to Alaseyori during an event, said it would be wrong for anybody to tag God as their guarantor. The respected gospel artist even said that the Holy Spirit told her not to sing the song.

Her comment sparked diverse reactions from Nigerians, with many detractors calling her “envious” and others rising to her defence.

However, Alaseyori, on Tuesday night, appealed to fans to allow peace to reign. According to her, Tope Alabi is a mother in the industry.

“I am delighted to worship and praise God. I want everyone all over the world to join me, and I would like to say this. Please, let peace reign. Mummy Tope Alabi is our mother. Let us embrace peace and be happy in God,” she said.

Popular Nollywood actress, Rachael Oniga, is dead. According to available report, Oniga, 64, reportedly slumped and died late on Friday evening. Though the details of her...
Read more
Edu-News

Leader of a gang of bandits, Dogo Najaballah has been killed in Dungun Muazu forest located in the Sabuwa Local Government Area of Katsina...
Read more