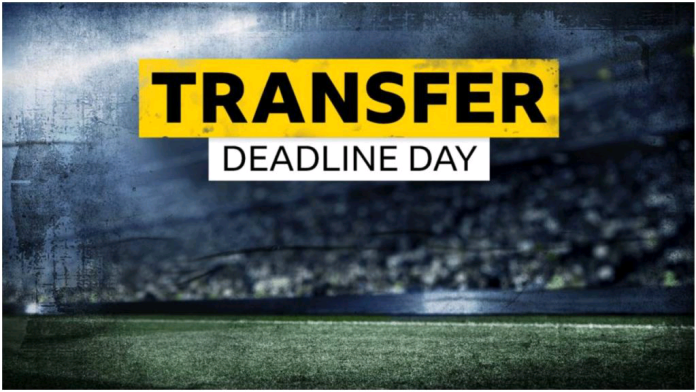 The 2022 summer transfer finally came to an end by 11pm on Thursday night and it was an eventful deadline day.

Manchester United began the day by officially announcing the signing of Antony from Ajax, while Chelsea ended it by bringing Pierre-Emerick Aubameyang back to England and Liverpool sprang a surprise by signing Arthur Melo on loan from Juventus.

Manchester City added Switzerland defender, Manuel Akanji to ranks, being their fifth signing of the window. He joined from Borussia Dortmund on a five-year deal

Southampton allowed Oriol Romeu leave the club after seven years, as he returned to his native Spain to sign for Girona, while Leicester City spent their first bit of savings on defender, Wout Faes from Reims.

Wolves’ Willy Boly completed a switch to Nottingham Forest to become the newcomers’ 19th signing of the window.

Bournemouth brought in Jack Stephens on loan from Southampton, while Jan Bednarek, who was heading to West Ham, ended up at Aston Villa.

While Aubameyang joined Chelsea, the Blues lost Marcos Alonso to Barcelona in the deal and Juventus midfielder, Denis Zakaria also joined the Blues on loan.

However, Chelsea allowed Billy Gilmour to join Brighton for between £8-9m. Liverpool announced the signing of Arthur Melo on loan from Juventus.

Fulham signed former Tottenham loanee, Carlos Vinicius from Benfica. They also managed to get a loan move for Leeds’ Daniel James done too.

Nottingham Forest further added winger, Josh Bowler and French defender Loic Bade to their ranks, making it their 20th and 21st signing of the summer.