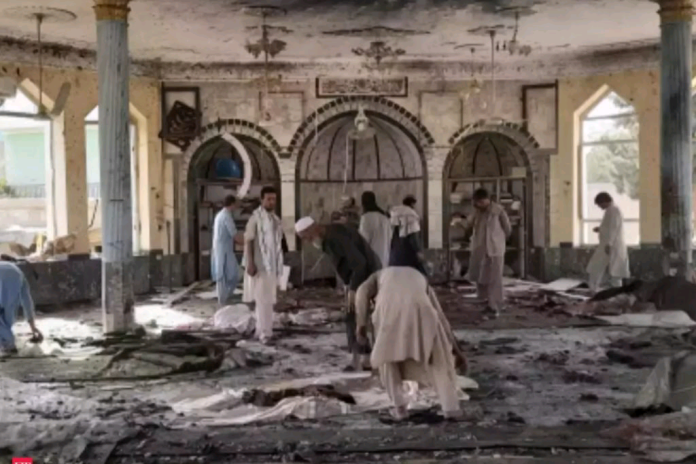 A bomb explosion outside a mosque in the city of Herat in western Afghanistan has killed a high-profile pro-Taliban cleric and more than a dozen civilians.

Al-Jazeera reports that the blast went off in the Guzargah Mosque in Herat during Friday noon prayers.

No group or individual has claimed responsibility for the attack.

Herat’s Police Spokesperson, Mahmood Rasoli told newsmen, “Mujib Rahman Ansari, with some of his guards and civilians, have been killed on their way toward the mosque.”

The Police spokesperson declaimed to give the number of casualties involved in the blast, but eyewitnesses at the scene of the incident said 15 people had been killed.

Taliban official Abdul Nafi Takor was also reported to have confirmed Friday’s explosion and said there were dead and wounded but gave no further details.

The deceased, Mujib Rahman Ansari, according to reports, had spoken strongly in defence of the Taliban at a large gathering of thousands of scholars and elders organized by the group in late June, condemning anyone who stood against their administration.

Security experts opined that the incident could be a targeted killing.