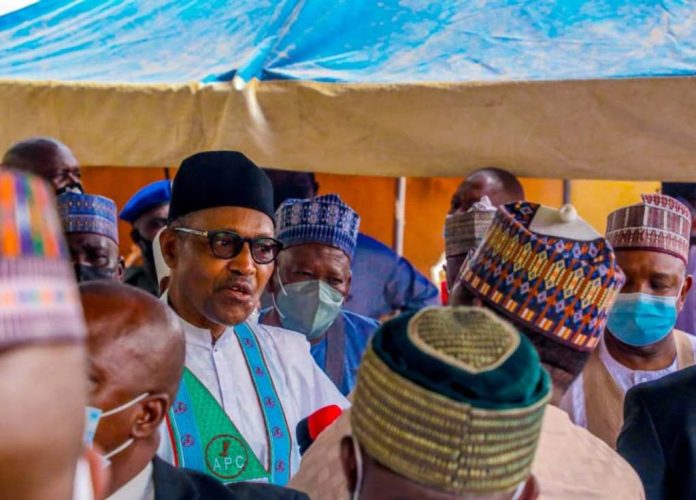 The CPI placed Nigeria as the second most corrupt country in West Africa with Guinea Bissau in the first position.

In reaction, SERAP, in a statement on Monday, advised the President to stop blaming Nigerians for the report, stressing that his regime should see the ranking as an opportunity to raise its game to fight grand corruption and end the legacy of impunity in the country.

“Rather than looking for excuses, blaming Nigerians and attacking Transparency International, the government should see the ranking as an opportunity to raise its game to fight grand corruption, and end the legacy of impunity of perpetrators in the country.

“According to Transparency International’s report, the perception of corruption has worsened under President Buhari. The 2020 Index scored Nigeria 25 out of 100 and named the country the second most corrupt nation in West Africa, raking Nigeria 149 out of 180 countries.

“TI’s findings correspond substantially with the reality of impunity of perpetrators, as shown for example, by the persistent failure to obey court judgments, such as the judgment of Justice Idris which ordered release of spending details of recovered stolen assets since 1999.

“The Buhari government is still failing to implement critical reforms, ensure transparency in the spending of security votes, and to address widespread corruption in MDAs, as documented by the Office of the Auditor-General of the Federation.

“Several former state governors accused of corruption are still not held to account. Yet, many of these governors continue to receive life pensions. Similarly, public officials still use political power to enrich themselves without considering the public good.

“Authorities should take the report seriously and use it as an opportunity to raise their game in their efforts to rid our country of corruption and underdevelopment.

“The government should obey court judgments, end life pensions for former state governors, stop corruption in security votes spending, and address corruption in MDAs if Nigeria is ever going to improve on its global anti-corruption ranking.”