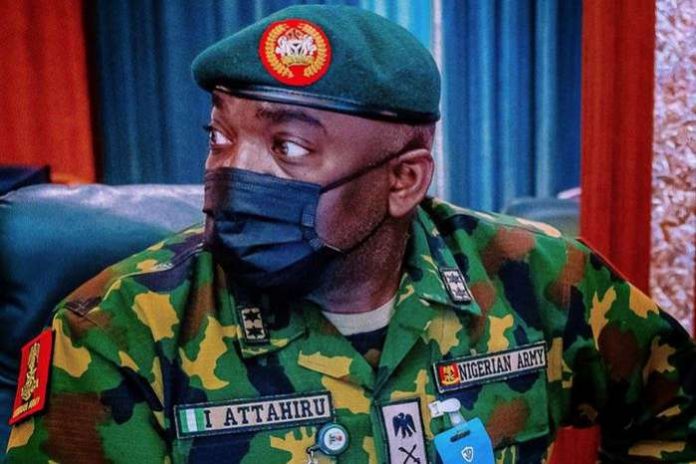 Less than 48 hours after the Chief of Army Staff (COAS), Lt. Gen. Ibrahim Attahiru, renamed Operation ‘Lafiya Dole’ (OLD) to Operation ‘Hadin Kai’ for mobilizing critical stakeholders’ in the fight against Boko Haram terrorists, residents have started providing useful information to the military in their communities.

This has led to the arrest of some Boko Haram and Islamic State of West Africa Province (ISWAP) supporters and collaborators in tactical operations, PRNigeria has learnt.

In one of the operations, Nigerian troops located in Damaturu axis of Yobe State, apprehended some terrorists’ collaborators, including logistic suppliers.

The troops, led by one Major Daniel Chiwar, the Acting Commander of 154 Taskforce, arrested some of the suspects in their hideouts at Bulamari area of Ngamdu in Yobe State.

While PRNigeria could not confirm the number of suspects so far arrested, incriminating items including huge containers of petroleum products were recovered from them.

The troops, led by Lt. Colonel Samson Olashegbe of 3 Battalion, destroyed some gun trucks and recovered others, after the encounter.