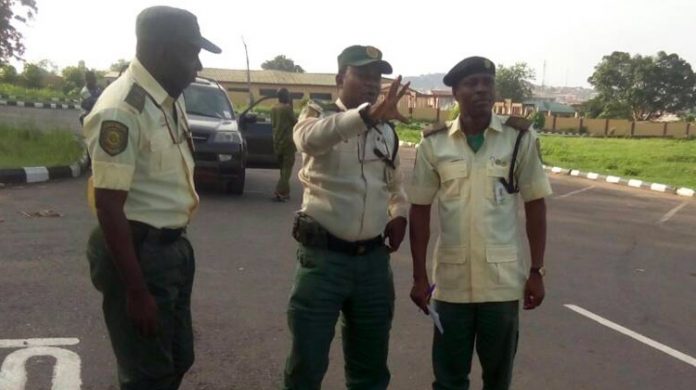 Tragedy struck on Friday night when a truck crushed two Motorcyclists to death in an accident on the Abeokuta-Ibadan Road.

It was reported that the accident involved two motorcycles and a Leyland truck opposite Forte Oil Filling Station around Kotopo in Odeda Local Government Area of Ogun State.

The Spokesperson for Traffic Compliance and Enforcement Corps, Mr Babatunde Akinbiyi, confirmed the incident to newsmen on Saturday in Abeokuta.

Akinbiyi explained that the accident which occurred at 8.25pm was caused by reckless driving and impatience on the part of the motorcycle riders.

He said that due to reckless driving, the two motorcyclists rammed into the truck coming from the opposite direction.

The TRACE spokesman stated that the accident involved two Bajaj motorcycles, one of which was registered as SGM 006 VG while the other had no number plate and a Leyland truck marked AAB 969 XV.

He said “The accident was caused by reckless driving and impatience on the part of the motorcyclists, as they rammed into a truck moving in the opposite direction.

“The two motorcycles and the truck have been taken to Aregbe police station in Abeokuta.”

He added that one of the deceased was taken away by his relatives while the body of the second person was deposited at the morgue of Federal Medical Centre, Idi Aba in Abeokuta after being confirmed dead by a medical doctor at the hospital.