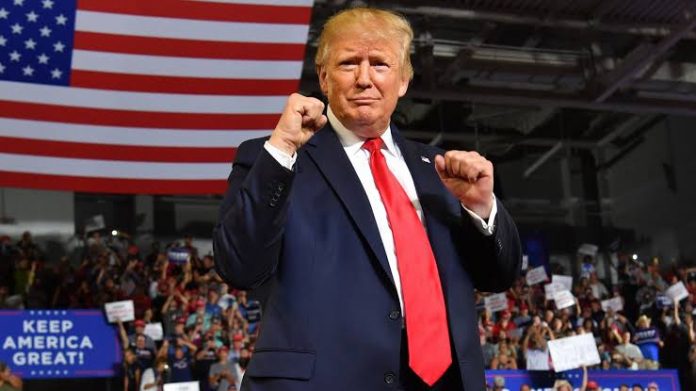 Donald Trump, former President of the United States, has assured supporters that the Republican Party would soon return to the helm of affairs in the House of Reps and Senate

Trump said this at a rally in Ohio while campaigning for Republican candidates in his first rally since his exit from power.

The billionaire politician gave a speech at the rally held in preparation for the 2022 US midterm elections.

The midterm elections scheduled for November 8, 2022, would see all 435 seats in the House of Reps and 34 of the 100 seats in the Senate contested.

Trump’s political action committee, the Save America PAC, said the Ohio rally would be the first of many appearances in support of Republican candidates.

The ex-President is expected to next appear at the US-Mexico border on June 30 for another rally.

He would be joined by Greg Abbott, governor of Texas.

Trump, meanwhile, has continued to insist that he and the Republican Party under which he ran for a second term won the 2020 Presidential elections.

This claim led partially to the insurrection that took place at the US Capital, Washington DC, on January 6, 2021.

The riot had led to the death of one person.

Trump has also fueled rumours suggesting that the real estate mogul would be recontesting for Presidency come 2024.

“We won the election twice, and it’s possible we’ll have to win it a third time. It’s possible,” he said.

A 10-year-old girl in Baringo, Kenya, who was allegedly raped by her aunt's husband for three years, has died. The standard three pupil succumbed to...
Read more
Foreign

Dozens of House Republicans and their staffers marched maskless out of the House to the Senate floor in protest of the new mask mandate...
Read more