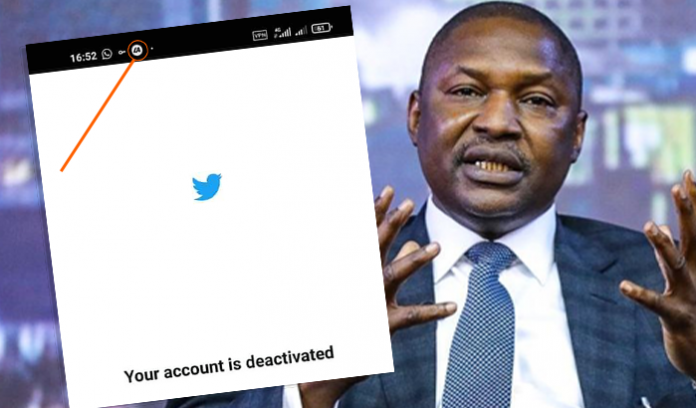 The Attorney-General of the Federation and Minister of Justice, Abubakar Malami, has now made a u-turn, insisting the Federal Government will not prosecute Nigerians using Twitter.

Instead, it will go after those who are helping Nigerians circumvent the ban on the micro-blogging site.

Malami had purportedly directed the Director of Public Prosecution (DPP), to begin the process of prosecuting those still tweeting.

However, the AGF has now told Vanguard, that Nigerians have a right to tweet from anywhere in the world.

He said: “It is within their guaranteed fundamental right to tweet from anywhere in the world. Nigeria, being a democratic nation, cannot stop its citizens from exercising their rights of freedom of expression.

“But our position on Twitter is clear: Anyone, whether individual or corporate institution that enables Twitter to circumvent the ban the Federal Government of Nigeria placed on the company, will be prosecuted.”

Malami also added that at no time did the government threaten to arrest any religious leader over the use of Twitter.

Most users have employed the use of Virtual Private Networks (VPNs) to continue tweeting, after telecom companies in the country blocked the site.