Twitter Ban: Photos from FG’s meeting with US, Canada, UK Envoys in Abuja 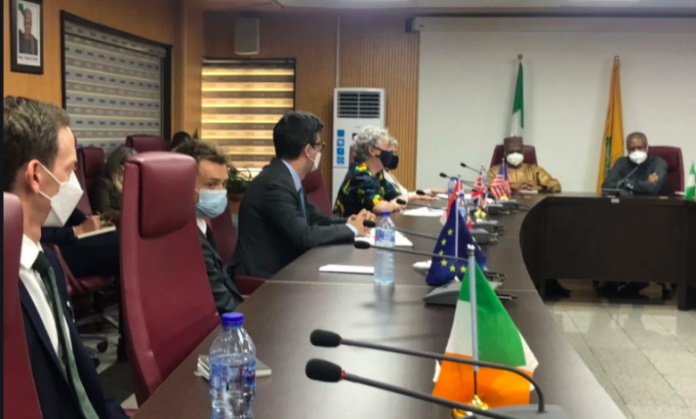 The Nigerian Government met with Envoys of the United Kingdom, United States, Ireland, Canada and the European union in Abuja on Monday to discuss the controversial suspension of Twitter’s activities in the country.

It can be recalled that the Federal government suspended Twitter last week after the social media giant deleted a tweet from President Muhammadu Buhari’s handle. The tweet was considered a ‘genocidal’ threat and removed by the platform.

The government’s directive on Twitter was met with a massive outcry from Nigerians and the international community. In order to clarify the rationale behind the action, foreign minister, Geoffrey Onyeama convened a meeting with the envoys where he revealed that the decision will only be rescinded if twitter can commit to ‘responsible’ usage.

“The condition would be responsible use of the social media and that really has to be it.”

READ ALSO: Twitter Ban: My Name Is Number Three On List Of Defaulters FG Will Arrest For Tweeting — Dino Melaye

“We are not saying that Twitter is threatening the country or any such thing; why we have taken this measure is to stop them to be used as platforms for destabilisation and facilitation of criminality or encouragement of criminalities,”.

Below are photographs from the meeting; 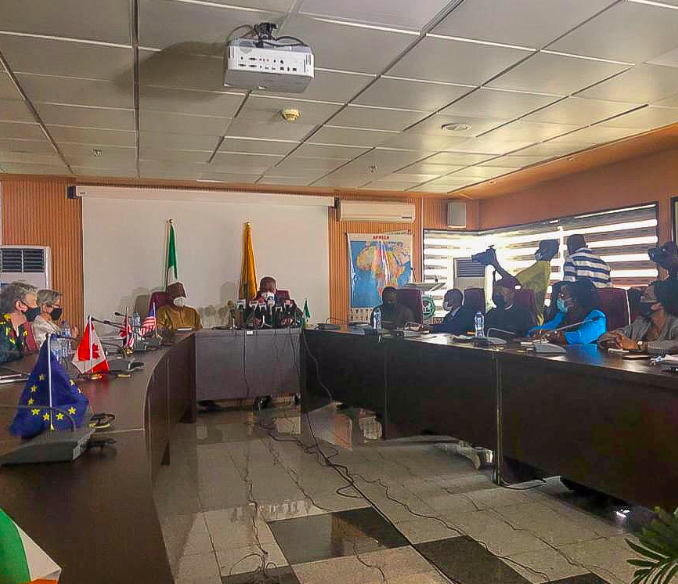