Two crushed to death, others injured in Ibadan motor accident 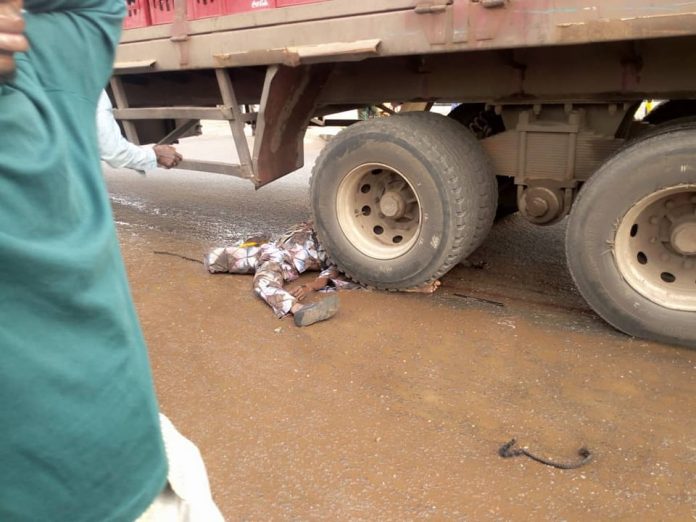 Five persons who were crushed by the tanker were said to have been rescued alive and taken to hospital by officials of the Federal Road Safety Corps and Oyo State Fire Services.
The tanker was said to have suffered brake failure but some said the crash was a result of overspeeding.
Residents of the area said the tanker lost control and crushed a taxi and three motorcycles on its path before it stopped.
One of the traders close to the scene of the accident said more lives would have been lost if the tanker had crashed into the filling station close to the scene.
The Director of Operations of the Oyo State Fire Services Mr. Ismail Adeleke, when contacted confirmed the accident.
He said the accident did not result in a fire outbreak but said his men rescued some victims at the scene.
Adeleke said, “Our men are still there. We rescued some victims.”
The Sector Commander of the Federal Road Safety Corps in Oyo State, Uche Chukwurah, also confirmed the accident.
She said two persons died in the crash and five were injured.

She said, “The accident was caused by speed violation and mechanical deficiency. The tanker crushed two taxi cabs and four motorcycles.
“The injured were rescued and taken to the University College Hospital Ibadan while the dead were taken to the mortuary at the Adeoyo Hospital.”
She advised motorists to ensure that their vehicles were in good condition before putting them on the road, especially during this festive season.