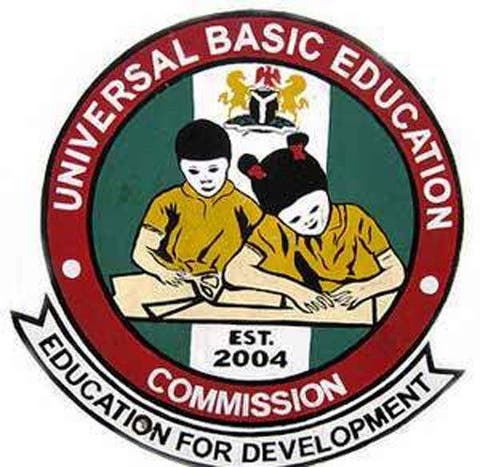 Professor Adamu Kyuka Usman is the current Chairman, Governing Board of the Universal Basic Education Commission.

The erudite scholar in a chance interview withJAMBULLETIN bares his mind on sundry issues such as his desire to make UBEC work for the Nigerian child, as well as the inroads JAMB, is making in the war against examination malpractice.

Prof. Usman said, “UBEC, by its establishment law, has three sources of funding namely: Not less than 2% allocation from the Consolidated Revenue Fund, Grants and Donations.

The ‘Not less than 2% allocation from the Consolidated Revenue Fund’ is, at present, the main source of funding for UBEC.” According to him, UBEC is precisely at that point where decreasing national revenue earnings is being juxtaposed with increase in funding demands by critical sections of the education sector.

In essence, CRF allocation to UBEC has decreased when there is a need for more funding owing to the astronomical increase in the population of children of primary school-going age. Continuing, he said, “Primary and Junior Secondary Education is the primary
responsibility of Local and State

Governments. Unfortunately, a good number of States do not appear
enthusiastic about funding basic education. As such, they do not always access their matching grants from UBEC and when they do, they fail to utilise the accessed funds expeditiously.”
He also said, “UBEC is merely an interventionist agency created by the Federal Government to assist States to discharge their primary responsibility of delivering quality, uniform, world-class basic education throughout Nigeria.

However, the situation is such that a good number of States look to UBEC like the fabled old man of the sea in Sinbad Tales who having been carried across the river, do not want to come down. They want to abdicate their primary responsibility of funding basic education to UBEC which function is only interventionist in nature.”

The UBEC Chairman expressed his unalloyed commitment to working assiduously with his Management team to take the Commission to greater heights.

He said, “As Chairman of UBEC Governing Board, my Board Members and I have to work closely with Dr Hamid Bobboyi, the Executive Secretary, who, by the way, is also a Board Member, to make basic education work for the Nigerian child.

As Chairman, I have been proactive in terms of expanding the revenue base of the Commission as well as following up on the directives of the Board to the Management.”

On the misconception of the role of UBEC and TETFund, he explained, “The cardinal roles of both agencies included the rehabilitation and improvement of infrastructure and learning facilities in our educational institutions such as the building of classrooms, buying of books and provision of computers, not
defraying of administrative costs or subsidising tuition fees as being misconstrued in some quarters.”

The Chairman, however, decried the situation whereby funding for the rehabilitation and improvement of infrastructure and learning facilities is not adequate, hence the need for extrabudgetary allocation. As such, it is vital that UBEC and TETfund should not be overburdened by responsibilities for which they lack the requisite funds to ompletely underwrite.”
On his experience as Chairman of UBEC, he said, “Based on my experience in UBEC, which is an ongoing experience, by the way, my advice to UBEC is to make an unassailable case for more funding for
the Commission above the current ‘Not less than 2% of the Consolidated Revenue Fund’, take optimal advantage of identified sources of funding by approaching local and foreign donors,
utilise judiciously money made available to it via donations by setting up a framework that cannot be compromised to administer such funds and using technology, place before the world the
state of our primary schools.

In this regard, plans are at an advanced stage to engage a consultant that would develop a web-portal for the Commission that anyone can utilise to view the condition of any primary school in the country at the click of a button.”

Taking JAMBULLETIN down memory lane in terms of why he has been appointed, first, as SSA and now Chairman of UBEC, Prof Usman said, “I think the President believes I possess the intellectual
capacity and moral presence to deliver on both assignments.”

Prof. Usman, who until his appointment, was the Senior Special Assistant to the President on Legal Matters, Research and Documentation and a Professor of Comme r c i a l L aw, Ahmadu Be l lo University, Zaria, thumped up JAMB for the crusade against examination malpractice. He said, “The examination body needs to be more vigilant to arrest the spate of examination fraud rampant in the country.

Fortunately, the current Registrar of the Board, Prof. Ishaq Oloyede, has done creditably well in this regard such that it has also for the first time in its history, the Board is not only plugging all the sources of financial leakages but is even generating surpluses.

This, to me, is not only monumental but worthy of emulation.”