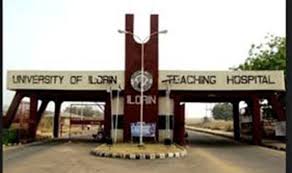 The management of the University of Ilorin Teaching Hospital (UITH), Ilorin, Kwara State, has suspended Prof. Alakija Salami, a senior consultant, for allegedly concealing the travel history of a suspected COVID-19 patient.

The hospital is said to have constituted a committee to investigate the allegations against Salami, who is an expert in respiratory medicine and HIV medicine, with research interest in infectious and non-infectious pulmonary diseases and core interest in tuberculosis, obstructive airways diseases and HIV/AIDS.

Alhaji Muideen Obanimomo, the suspected COVID-19 patient recently returned to Nigeria from the United Kingdom, fell ill shortly afterwards and died while on admission at the Accident and Emergency unit of the University Teaching Hospital.

It was reported that Obanimomo exhibited symptoms of COVID-19 before his demise on April 3, and his corpse was hurriedly released to his wife for burial in Offa, his hometown without ascertaining the cause of his death.

The wife of the deceased, following pressure from various quarters to know the cause of his husband’s death, was eventually tested and found to have been infected with the pandemic. Presently, she is one of the two confirmed cases in Kwara State.

The statement issued by the management reads, “The management of University of Ilorin Teaching Hospital hereby suspends Prof A.K. Salami as a senior consultant in the hospital.
“This is as a result of his unethical conduct in the admission, management and eventual release of the corpse of a suspected COVID-19 patient who died in the hospital on the 3rd of April, 2020.”