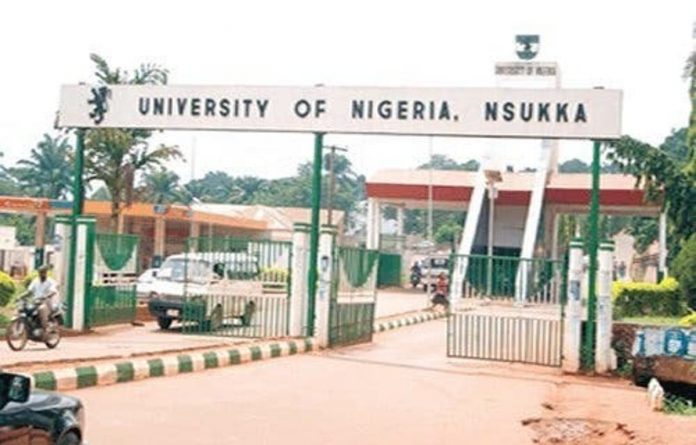 A 2016 graduate of the University of Nigeria, Nsukka (UNN) has secured foreign investment in excess of N1bn, from creation of three startup companies.

The UNN Vice-Chancellor, Prof. Charles Igwe, made the disclosure at the university’s 49th convocation ceremony on Friday in Nsukka.

“I am happy to tell this distinguished audience that a 2016 graduate of this institution, from Department of Electronic Engineering, created three startup companies and has already secured foreign investment in excess of one  billion naira,’’ he said.

Igwe  said that UNN graduates  had been doing the university proud.

He urged the graduating students to  be good ambassadors of their alma mater.

According to Igwe, 186 of the graduating students made first class grade.

He said that a total of 11,010  first degree and diploma students were graduating at the event.

He said added that 1,101 graduated with third class while 79 secured ordinary pass and 40, unclassified.

Igwe congratulated all the  graduating students whose dreams of earning first degree from UNN had materialised through their dedication and hard work.

“I congratulate all graduates for having been found worthy in character and learning to earn the first degree of UNN.

“I commend your parents and guardians who have the burden of denying themselves of certain pleasures of life in order to train your to be a graduate.

“I also commend the staff of the university who played various roles to ensure you completed this academic cycle,’’ he said.

Igwe told the graduates that the society expected much from them intellectually and morally.

“Our society is in dire need of educated men and women like you who will contribute their quota to move the country to a greater height.

“As you leave this university to face the real world, I challenge you to always go for the best for yourself and for others.

“It is my hope that sooner or later, you that have graduated today, will be in a position to give back to UNN that gave you a head to start life,’’ he said.

The Ooni of Ife, Oba Adeyeye Ogunwusi, who is  the Chancellor of the university, congratulated the graduating students and their parents.

He urged them to work toward achieving economic development, peace and harmony in the country.

“I congratulate the fresh graduates, parents and families who have come to share in the joy of the moment.

“It is my expectation and desire that the graduates will be worthy ambassadors of our university.

“Nigeria is going through a very challenging moment as a nation, I believe all hands must be on deck to achieve progress, peace and unity in the country,’’ he said.

The News Agency of Nigeria (NAN) reports that the Registrar of UNN, Dr Chris Igbokwe, announced Mr Abel Nwankwo from the combined course of Religion and Local Government Administration as the best graduating student.