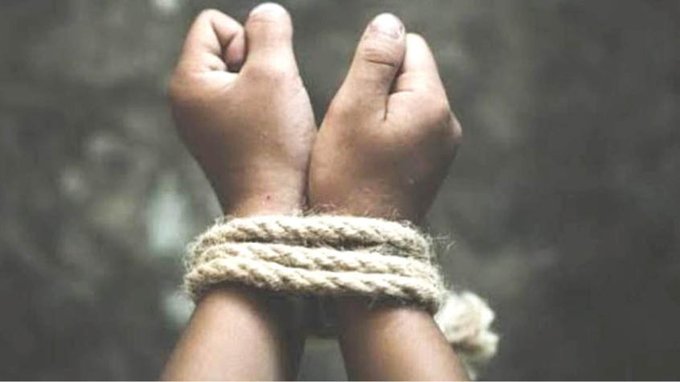 A police officer was killed on Friday when some unknown gunmen suspected to be kidnappers blocked the Lagos-Ibadan expressway.

The kidnappers eventually went away with a former Deputy Vice-Chancellor at the University of Ibadan, Oyo State, Professor Adigun Agbaje, and two students of the Moshood Abiola Polytechnic (MAPOLY), Abeokuta, Ogun State, one of whom was identified as Miss Oluwatobi Orekoya.

It was gathered that the kidnappers have since contacted the families of their victims, demanding N50 million for the release of Professor Agbaje, while the parents of the two MAPOLY students were asked to pay N10 million ransom.

Agbaje, said to be on sabbatical at the Ogun State-owned Olabisi Onabanjo University, Ago Iwoye, was returning to Ibadan around 6 pm when he was ambushed.

It was learnt that the incident happened near Sat Guru Maharaji Garden on the Ibadan road.

The President of MAPOLY Student Union Government, Damilola Ajani, confirmed the incident, begging the public for financial assistance and prayers towards the release of the abducted students.

Contacted, the Oyo State police spokesman, Adewale Osifeso, also confirmed the incident, saying “an officer attached to the Oyo command paid the supreme price with another badly injured” in their attempt to engage the gunmen.

Osifeso added that expended ammunition shells and four vehicles abandoned at the scene have been retrieved.

He added that the Oyo State Commissioner of Police, Adebowale Williams, has ordered full-scale investigations into the incident.