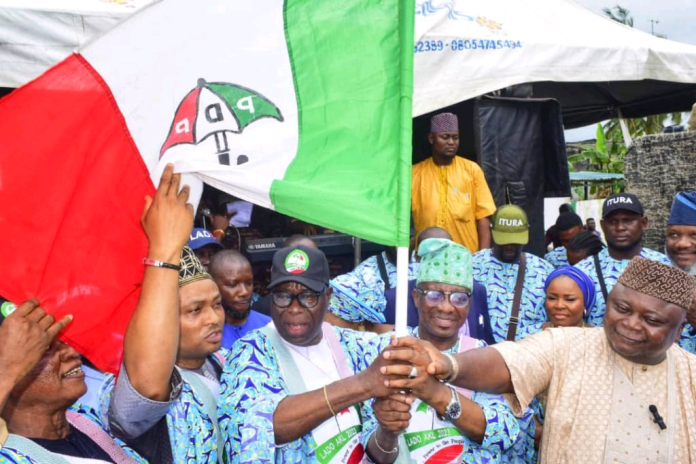 It has been reported that Odule joined the PDP at an event held in Ijebu-Ode area of Ogun State.

The thespian was received into the opposition party by the Chairman of the PDP in Ogun, Sikirulahi Ogundele; the governorship candidate, Hon. Ladi Adebutu; his running mate, Hon. Adekunle Akinlade and others.

The Oru indigene was handed the party’s flag by Ogundele, Adebutu and other PDP chieftains at the occasion.

Speaking, Odule said he would support the PDP and Adebutu in the 2023 governorship election.