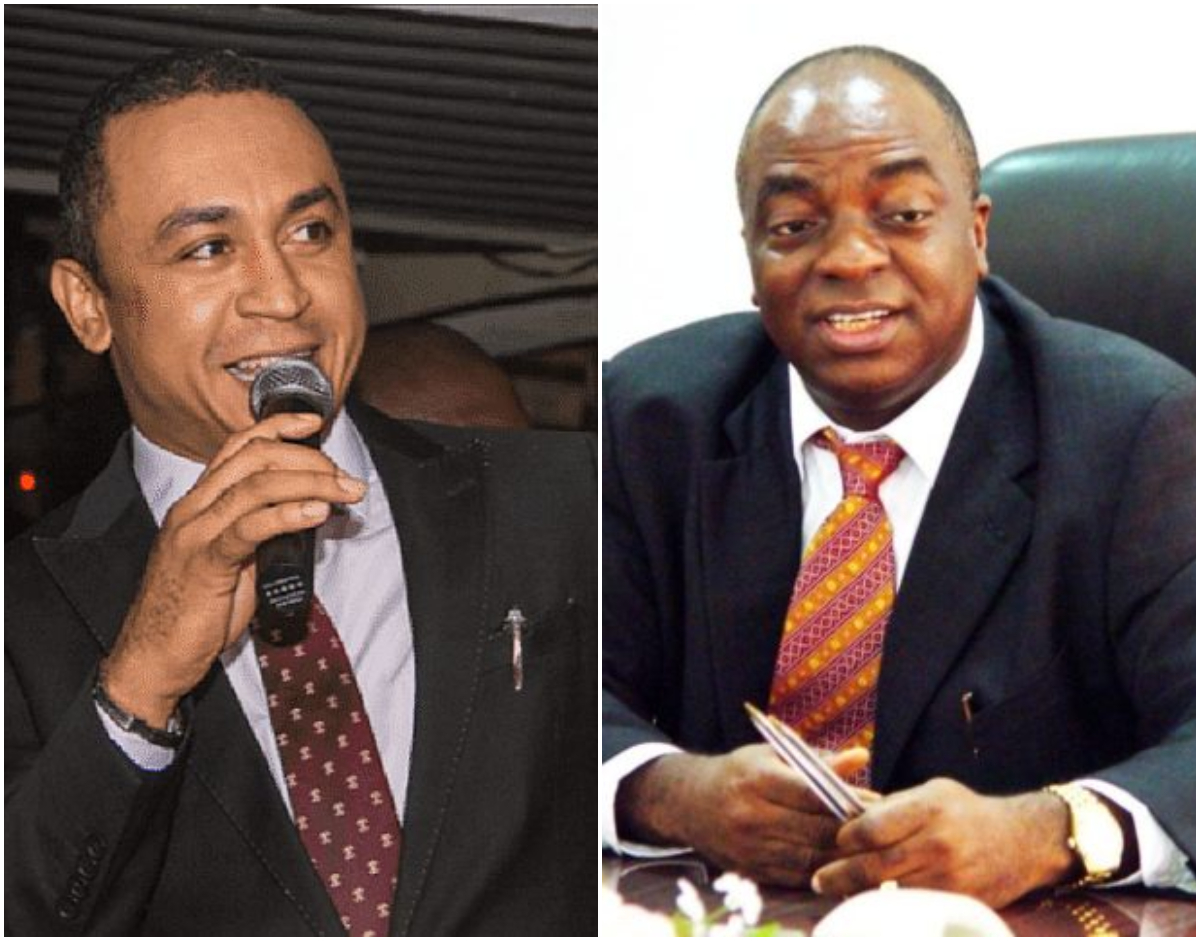 A video of On Air Personality,Daddy Freeze calling the Chancellor of Covenant University, Dr. David Oyedepo a “legal bastard” and a “bald headed fowl” has surfaced online.
This is happening days after he denied insulting the pastor.

Recall that the founder of Salvation Ministries, Pastor David Ibiyeomie had called out Daddy Freeze for insulting Oyedepo whom he described as his father.

In a video which went viral, Ibiyeomie called the radio host a bastard and threatened to arrest him. Daddy Freeze in his response, denied insulting Bishop Oyedepo, saying he only criticised his message.

However, contrary to his statement, a video of Daddy Freeze calling the pastor a bald headed fowl and a bastard has surfaced online.