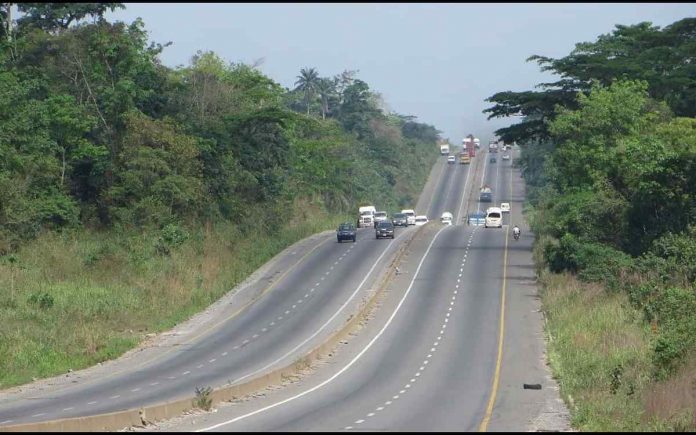 A video has just surfaced showing travellers who escaped kidnappers along the Abeokuta-Ibadan expressway.

Many people could be seen listening in bewilderment as a public bus driver recounted the encounter.

“It happened at the junction before Okere,” he said.

“They told us to park and come down. Immediately we came down, they brought out knives and asked us to empty our pockets. They took everything from me and the passengers in the vehicle.”

“They weren’t in cars, and they were with guns,” he insisted.

The driver also said that he knew the path that the kidnappers took the people through, and explicitly stated that he knew who they were.

“They were Fulani,” the driver claimed.

Another traveller said, “I just escaped kidnappers on Abeokuta expressway. Thank God for my life. They kidnapped some people.”

He showed his car on the video, which was damaged with the side mirror broken.

“They were not thieves. They took some people away,” another person said.