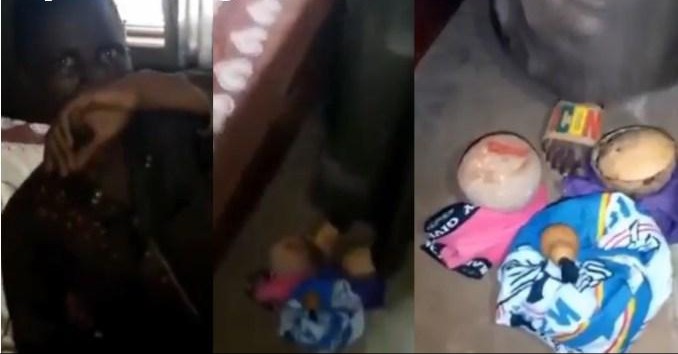 A student of the Ekiti State University has been arrested by fellow colleagues while he allegedly trying to use his roommate for money rituals and yahoo related rites.

In a video that’s currently trending rounds on social media, the student, who is identified as Saheed Adeniran, was seen with fetish items which he allegedly tried to use on his friend.

The incident was said to have occurred at Ifaki town in Ekiti state.

In the video, the narrator could be heard calling for help from concerned persons and pleading for the video to be circulated widely so as to get the attention of the relevant authorities.