We are not recruiting – Nigerian Army warns 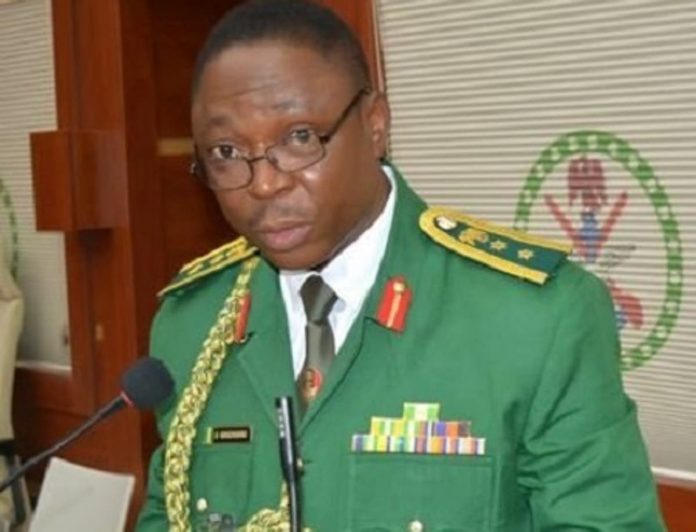 The Nigerian Army has denied placing adverts for graduates to be recruited as interns into the 44 Nigerian Army Reference Hospital Kaduna.

There were various online vacancies advertised for recruitment into the 44 Nigerian Army Reference Hospital Kaduna (NARHK).

However, Brigadier General Onyema Nwachukwu, Director Army Public Relations in a statement on Wednesday, distanced the Nigerian Army from the purported recruitment exercise.

According to him, the advert is not only fake, but fraudulent and should be disregarded in its entirety by members of the public.

He said the Nigerian Army is not unmindful of the antics of some unscrupulous and fraudulent online merchants, whose stock in trade is to defraud unsuspecting members of the public.

“The Nigerian Army (NA) has been notified of an advert making the rounds in the social media on sales of Graduate Internship forms for recruitment into 44 Nigerian Army Reference Hospital Kaduna (NARHK).
These online fraudsters are warned to desist from such criminal activities, which adversely affect the image and reputation of the Nigerian Army.

“It is also important to state that at present, the Nigerian Army has not put out any advert for sales of forms,” the statement said.

He further advised the general public to shun any individual or group using various social media platforms to fraudulently advertise the sales of Internship forms for recruitment into 44 NARHK.

“The Nigerian Army wishes to reiterate that all activities relating to Graduate Internship recruitment into the 44 NARHK are usually publicized in the print and traditional electronic broadcast media when the need arises” the statement said.