We borrowed from CBN to pay salaries, other expenses in 2020-Finance Minister 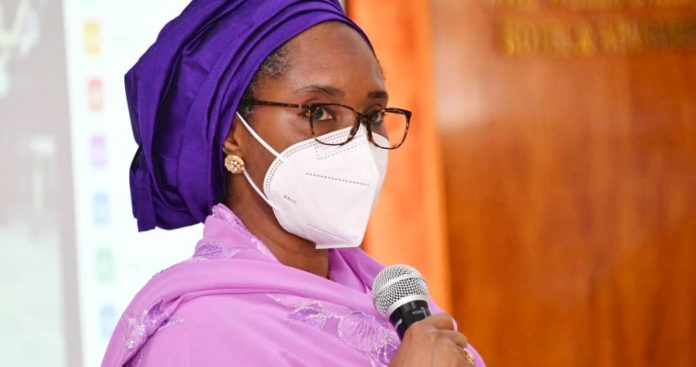 According to her, President Buhari borrowed from the CBN to run the government and finance the payment of salaries in 2020.

The Minister of Finance said this happened because 90 per cent of Nigeria’s revenue went into debt servicing.

Asked in an interview with ThisDay how long Nigeria’s debt servicing will continue, the minister said the government resorts to loans from CBN when “revenue underperforms.”

She said, “In 2020, we had a challenge, when revenues were very low, we had some months that the ratio was up to 90 percent revenue-to-GDP.

“In that case, we had to get a short-term facility from the Central Bank, to be able to support the government in terms of running its day-to-day expenditure,” Ahmed said.

She added that the trend of the President borrowing from the CBN to pay salaries and run day-to-day activities of the government stopped in March 2021.

“We are no longer in that position. From March this year, we didn’t have to borrow from the CBN and we were able to use our revenues to service debts,” she said.

She justified the borrowing spree of the government, saying borrowings are invested in building infrastructure, although, Nigerians have criticised this administration’s borrowing spree.

In September when the President wrote the National Assembly requesting for another $4 billion loans, former President Olusegun Obasanjo, whose administration is lauded for clearing Nigeria’s foreign debt, condemned the loan request as “foolish and criminal.”

According to the Nigerian Domestic and Foreign Debt report that was published this year by the National Bureau of Statistics (NBS), the country’s total public debt as of September 2020 stood at N32.2 trillion ($84.57 billion).