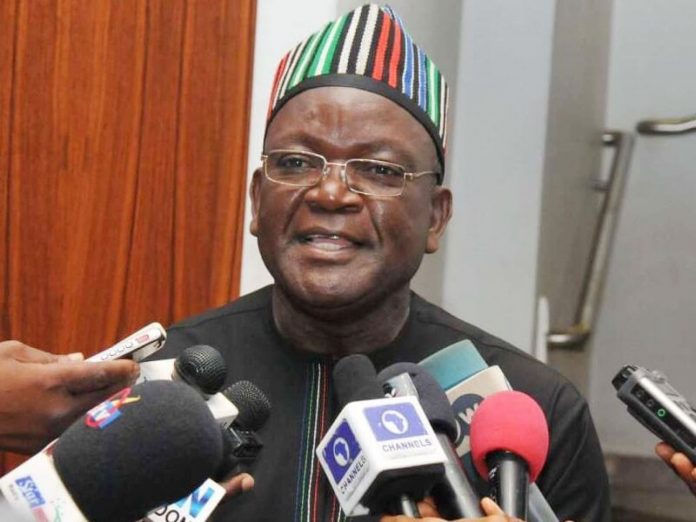 A Fulani group identified as Fulani Nationality Movement, FUNAM, has now claimed responsibility for the attack on Governor Samuel Ortom of Benue State.

The group said it planned to kill Ortom on Saturday, but its plan suffered a setback due to a slight communication error.

A statement by one Umar Amir Shehu said Ortom stood against open grazing and Fulani interest in the country.

The statement entitled: “Why we attacked Ortom” reads: “Our attention has been drawn to media reports today speculating about who attacked the Governor of Benue State, Samuel Ortom.

“Yes. Yes, We did. The Fulani Nationality Movement, (FUNAM) carried out the attack. We have genuine reasons. We acted on behalf of Millions of Fulani people in 15 countries.

“It’s a case of vengeance against an infidel who has used his time and money, deployed in destroying the Fulani values and inheritance.

“Our courageous fighters carried out this historic attack to send a great message to Ortum and his collaborators: Where ever you are, once you are against Fulani long term interest, we shall get you down. This is a clear warning. We hope those who take us for granted will get the indisputable message.

“Our intention is unequivocal: TO KILL HIM. That mission will one day be fulfilled and very soon too.”

“Eleven of FUNAM operatives were involved in the attack. Ortom escaped today because of a slight technical communication error. Next time, he will not be lucky. We can assure him and his supporters.”

On Saturday, herdsmen had attacked Ortom on his farm at Tyo-mu village, along Makurdi – Gboko road.

Reacting, the governor had alleged that linked the assassination attempt to Miyetti Allah Cattle Breeders Association of Nigeria, MACBAN.

The governor claimed that MACBAN had concluded plans to assassinate him over his position on open grazing.

Ortom alleged that the Myetti Allah took the decision to eliminate him during a meeting they organised recently in Yola.

The outspoken governor has since said that his life is in the hands of the Supreme God and no Fulani man can kill him. According to Ortom, he received intelligence that the Association planned to kill his security aides and subsequently capture him alive.