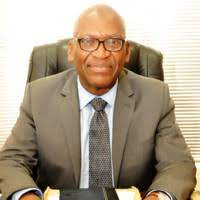 Oluwemimo Ogunde (SAN) has distanced himself from the call for the resignation of Chief Wole Olanipekun (SAN)  as Chairman of the Body of Benchers.
Forum of 20 Foremost Senior Advocates of Nigeria had asked Olanipekun to quit the Body of Benchers Chairmanship, on the account of an email written by one of the partners of the Chambers, Adekunbi Ogunde.
Ogunde (SAN) is a member of the JRP but he said he was not part of the call for the resignation of Chief Olanipekun (SAN).
He also said he did not wish to be associated with the statement, adding that he did not at any time participate in any meeting or discussion where the content of the statement was tabled.
Franktalknow learnt that many of the people alleged to be a part of the call for Olanipekun’s resignation were embarrassed that their names were listed as they had no idea of what the statement was all about.
Ogunde’s statement read: “Today 29th July 2022, my attention was drawn to a publication by BarristerNG, an online law newspaper that 20 Senior Advocates of Nigeria ( including me) who are members of the JRP have called for the resignation of Chief Olanipekun SAN on account of the email written by my daughter.

“I want to state categorically that I do not wish to be associated with that statement. At no time did I participate in any meeting or discussion where the content of the statement was tabled or my consent sought or obtained.
“The NBA has filed a complaint against my daughter before the LPDC and I think as lawyers, the sanctity and independence of that body should be respected. It must be noted that no complaint was filed against any other partner and Mr. Odein Ajumogobia SAN has neither filed any complaint nor deposed to any statement in support of the NBA’s complaint.
“My focus as a father at this time is to assist my daughter to prepare her defence. However, one thing that is clear is that the innocence of the other partners has been clearly expressed. Whether they are vicariously liable for the acts of Ms. Adekunbi Ogunde is one of the questions already submitted before the LPDC. Until then, the presumption of innocence of everyone involved, a constitutional right, ought to be respected.
“In the circumstances, my membership of JRP has now become untenable. I believe and support my daughter’s solemn declaration expressed privately and publicly, that the email was written unilaterally, without the knowledge of any other partner in Wole Olanipekun & Co. Those who have a contrary view are also entitled to their opinion, but in the interest of justice, we all have to await the verdict of the LPDC.
“Many members of the JRP already know my difficult situation in this matter. For that reason, I  expected that I should have been consulted so that I would have had the opportunity to have dissociated myself from it internally, and the statement could then have been framed in a way to make my stance very clear, rather than putting me in this clearly embarrassing and awkward situation.
“I am grateful to all those who have contacted me privately, particularly those who also know Adekunbi very well. May the Almighty God bless you and yours always.
Memebers of JRP include  Ebun Sofunde SAN, Kayode Sofola SAN, Kola Awodein SAN, Ademola Akinrele SAN, Eyimofe Atake SAN, Olufunke Adekoya SAN, Oluwafemi Atoyebi SAN, Yemi Candide-Johnson SAN, and Olasupo Shasore SAN.
Others are Babatunde Ajibade SAN, Osaro Eghobamien SAN, Babatunde Fagbohunlu SAN,  and Jibrin Okutepa SAN, Messrs Olumide Sofowora SAN, Ernest Ojukwu SAN, Olatunde Adejuyigbe SAN, Adewale Olawoyin SAN, Adeniyi Adegbonmire SAN and Oyesoji Oyeleke SAN.