Home General and News updates When Sunday Igboho was asked what is between him and Femi...
Facebook
Twitter
WhatsApp
Linkedin
Telegram 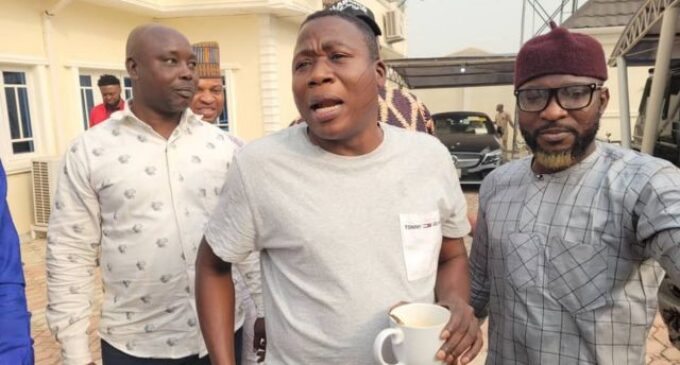 According to a short interview video that was posted by Chief Femi Fani Kayode yesterday evening on his official Twitter handle, the popular Oodua Republic agitator, Chief Sunday Adeyemo popularly referred to as Sunday Igboho was interviewed by a man, who asked him that, what is the relationship between him and the former minister?

He said that Fani Kayode was his uncle while he was still residing in Ife, in Osun State, as he further alleged that Fani Femi Kayode has really shown him that he is supporting his activities of the Yoruba people breaking out of Nigeria.

Sunday Igboho made it known that he already has the conviction that Chief Femi Fani Kayode is always taking everything that pertains to the Yoruba people very seriously and that, since the time he has noticed that he (FFK) is always supporting his quest of making sure that the Yoruba people do not suffer, he also determined in his heart that he will always stand by Fani Kayode in any situation he finds himself in.

He said that there’s nothing between them but, he loves FFK so much because he has always been supporting him in his Yoruba agitation for freedom.