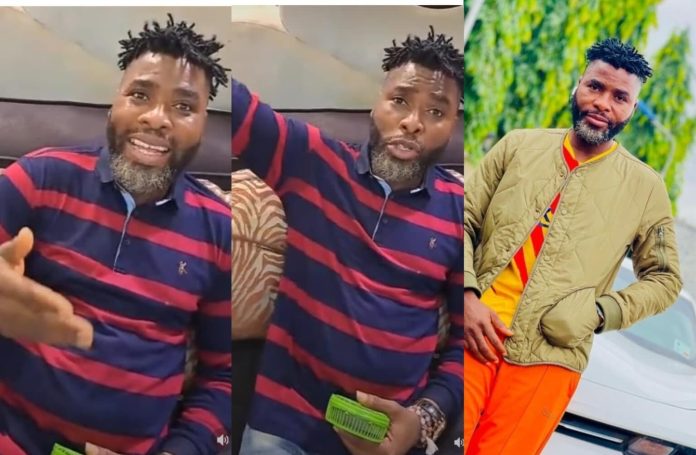 Prolific filmmaker, Ibrahim Chatta, has revealed why it is essential for every man to marry more than one wife.

Chatta made this known after his colleague, Femi Adebayo indulged him and asked him to proffer a solution to men who receive less love from their loved ones.

Femi Adebayo who opined that life is unfair to men asked the actor to air his views about the issue of children showing more affection to their mothers and vice versa while neglecting their fathers that have laboured and suffered to enjoy the family never lacks.

Sharing his views, Chatta stressed the need for men to marry more than one wife. According to him if a man keeps one woman as a life partner, he will suffer in life and may end up going on errands by himself in his old age but if he marries more than one wife as instructed by the Quran, he will always have a woman by his side that will love and take care of him till he dies.

Frank Talk Now recalls that Ibrahim Chatta sparked reactions from his fans after he shared a video of himself and Toyin Abraham hugging at the movie premiere of Femi Adebayo titled King of Thieves.

Ibrahim Chatta took to Instagram, where he shared the moment he bumped into Toyin Abraham at the event, and the duo hugged tightly.

However, fans seemed displeased with the video as they pointed out that such a hug is too much for a married woman.

Following this, Frank Talk Now reported that Ibrahim Chatta stirred confusion amidst his fans when he shared proposal photos and videos of himself with his colleague, Liz Da Silva.

The internet was agog with mixed reactions as many tried to deduce if the photos were real or from a movie scene as this is not the first time celebrities are teasing their fans with photos and videos.

While sharing the photos online, Ibrahim Chatta claimed he had finally gotten Lizzy Da Silva against all odds, and they would be announcing the date anytime soon.