Why I won’t name my preferred successor – Buhari 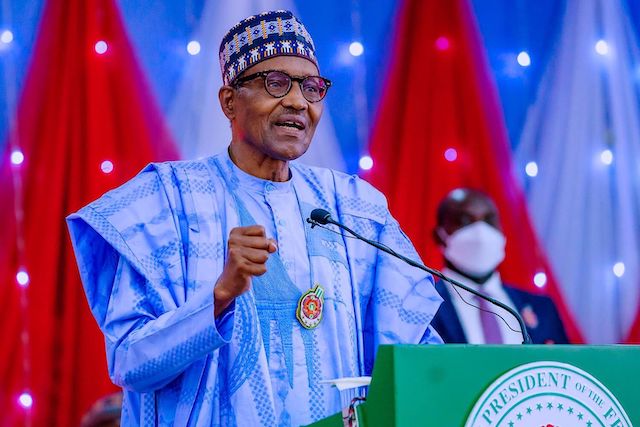 President Muhammadu Buhari has said the person he wants to succeed him in 2023 might be killed if he names him this time.

Buhari said this during an interview with Channels TV on Wednesday.

Asked if he has a favourite among those eyeing the presidency in 2023, Buhari said he would rather keep the name of the person to himself, saying he may be eliminated before 2023.

READ ALSO: Buhari to Nigerian youths: Don’t hope on government to give you jobs

He said, “I wouldn‘t (mention the name of my favourite successor) because he may be eliminated if I do. I better keep that a secret.”

Though the majority of those interested in Buhari’s job are yet to declare their ambition, some of those being rumoured include the Vice President, Yemi Osinbajo, National Leader of the All Progressives Congress, Chief Bola Tinubu, Ekiti State governor, Kayode Fayemi and a host of others.