Why we negotiate with bandits –Governor Tambuwal 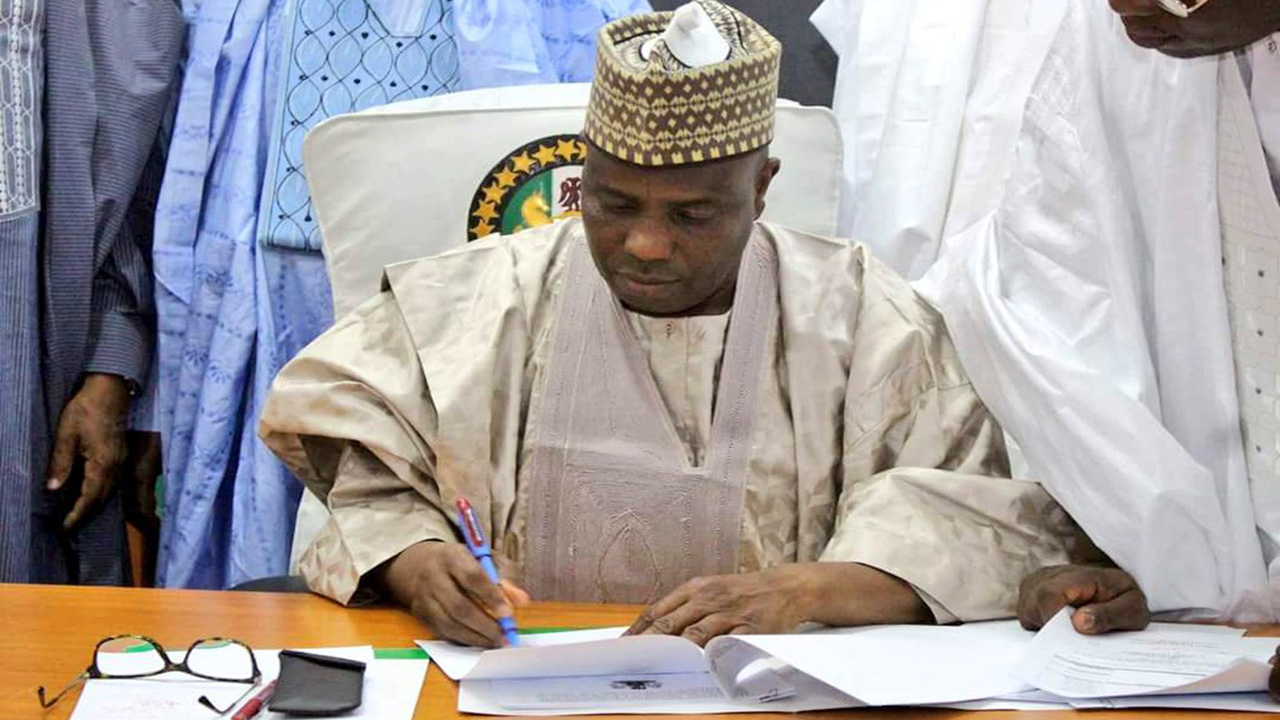 The Sokoto State government has said the ongoing truce between the Aminu Tambuwal administration and armed bandits in the state was propelled by inadequate security provisions from the Federal Government.

Peoples Gazette reports the Commissioner for Careers and Security Matters Garba Moyi lamenting the dearth of security personnel in remote communities in the state.

He said that the peace deal brokered by the state government was expedient in order to forestall loss of lives.

“We entered into negotiation as the last option, because we don’t have enough security operatives to be in all our villages and towns to protect lives and properties and we do not want to lose lives and properties to banditry,”  Moyi told reporters over the weekend on behalf of Governor Tambuwal.

The commissioner explained that the Sokoto government would ordinarily not have negotiated with bandits if the Federal Government had strengthened security in the state.

“If only the Federal Government can reinforce our division and direct cooperation and coordination for the operation (against banditry) in the state, we would not be talking to any bandits,” he said.

Sokoto and other neighbouring Northwest states have been worst hit by bandit attacks in the country, which had degenerated from farmer/herder crisis to cattle rustling, kidnapping and killings.

Many governors in the zone have long adopted reconcilatory moves with bandits in their respective states, as part of measures to curb the security challenges confronting the region.

Sokoto senator Ibrahim Gobir has, however, criticised the move; stating that negotiations with bandits are counterproductive.

At least three persons were reportedly killed when rival cult groups clashed in some parts of Coker-Aguda in Surulere Local Government Area of Lagos...
Read more
General and News updates

Gunmen suspected to be kidnappers on Sunday killed the Council Chairman of Ardo-kola local government area of Taraba, Hon. Salihu Dovo and his nephew,...
Read more