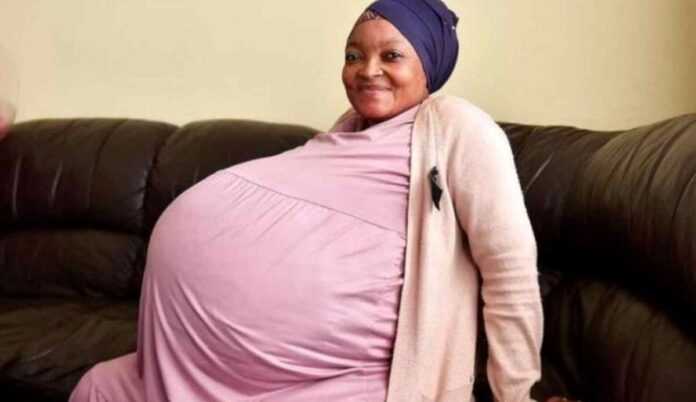 A South African woman  has  given birth to ten children,  arguably  the world’s largest ever live births.

Gosiame Thamara Sithole, 37, is already a mother of twins. She gave birth to seven boys and three girls by Caesarean section at a hospital in Pretoria late Monday, according to her husband .

Tebogo Tsotetsi – who is currently unemployed ,  said  he is ‘happy’ and ’emotional’.

This is happening  just a month after a Malian woman –  Halima Cisse – gave birth to nine children at a hospital in Morocco.

Speaking to Pretoria News,  Tsotetsi said: ‘It’s seven boys and three girls. She was seven months and seven days pregnant.  ‘I am happy. I am emotional. I can’t talk much.’

In an interview with the same newspaper before the birth, Sithole – who is a store manager – said doctors initially told her that she was pregnant with six children.

But that was increased to eight following a later scan. It was only while undergoing surgery that the other two babies were discovered.

Sithole said she suffered through the complicated pregnancy, experiencing morning sickness early on followed later by pain in her leg.

Meanwhile Tsotetsi revealed that he initially could not believe his wife could be  pregnant with six children, thinking it was medically impossible.

‘But after I found out that these things do happen, and saw my wife’s medical records, I got excited. I can’t wait to have them in my arms,’ he said at the time. 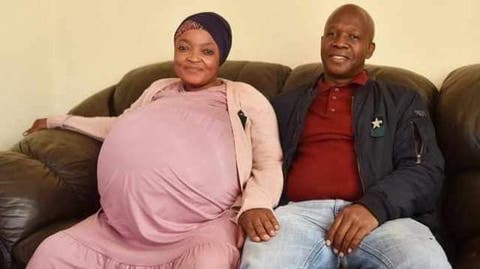