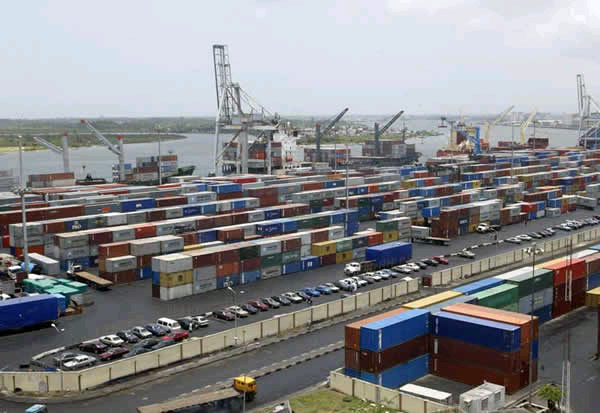 The World Bank has ranked Lagos ports as 358th out of 370 ports assessed globally, according to the latest Container Port Performance Index 2021 report.

The assessment was on ports with a minimum of 20 valid port calls within the 12-month period of the study.

Based on the assessment, the two top-ranked container ports in the CPPI 2021 are king Abdullah Port (Saudi Arabia) and the Port of Salalah (Oman).

In the foreword to the report, the Washington-based bank highlighted some of the consequences of poorly performing ports, which include scarcity, inflation, slower growth, unemployment and high international trading costs.

The foreword of the report read in part, “Maritime transport carries over 80 per cent of global merchandise trade by volume, and any impediment or friction at the port will have tangible repercussions for their respective hinterlands and populations.

“In the short term, this is likely to take the form of shortages of essential goods and higher prices, as we saw early in the pandemic. But over the medium to longer term, an inefficient port will result in slower economic growth, less employment, and higher costs for importers and exporters.”

The report further stated that poorly performing ports are often due to limitations in spatial and operating efficiency, limitations in maritime and landside access, inadequate oversight, and poor coordination between the public agencies involved, resulting in a lack of predictability and reliability.

The PUNCH reported on Thursday that there were indications that the nation may soon start experiencing more cargo diversions to neighbouring West African ports as well as an increase in freight rates due to the collapse of both Tin Can and Apapa quay aprons.

In separate chats with our correspondent in Lagos, experts said that shipping companies would now be scared to berth at the affected ports, resulting in the diversion of cargoes to West African ports or a possible increase in freight charges.

The Managing Director of the Nigerian Ports Authority, Muhammad Bello-Koko, had raised the alarm that Tin Can Island port was collapsing, saying that more attention should be focused on rehabilitating the quay walls of the port.

The Secretary of Manufacturers Association of Nigeria Export Promotion Group, Benedict Obhiosa, identified some of the challenges including the gridlock in Apapa, port congestion, high shipping costs, and logistics costs.

He said, “The export issues are obvious. For example, the Apapa gridlock is an issue for exporters. Port congestion is another issue. The high cost of the fleet by shipping agencies is another issue. This has even quadrupled from what it used to be. Then, domestic charges of logistics from your factory to Apapa are another huge challenge for manufacturers.”