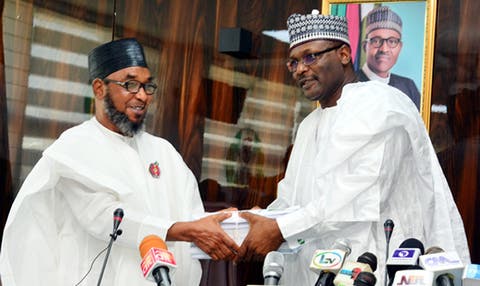 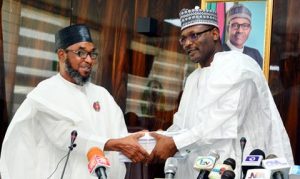 The Independent National Electoral Commission will undertake an audit of its voter register ahead of the 2023 general elections, its chairman, Prof. Mahmood Yakubu, has said.

Yakubu spoke at the INEC headquarters on Thursday after taking over from Air Vice Marshal Ahmed Muazu (retd.), who assumed the office in acting capacity.

According to the chairman, the commission had also concluded arrangements to introduce a new technology for voter enrolment in 2021.

Yakubu  said the move to clean up the vote register was part of the commission’s efforts to check electoral fraud.

Yakubu said commission’s work would be easier if the “Electoral Act Amendment is passed by the end of March 2021.”

Yakubu thanked Muazu and his team for holding forth while he was away, saying the commission had been  strengthened to carry on with its mandate even in the absence of a substantive chairman.

He said INEC had about 1,508 activities that must be accomplished between now and election day in 2023.

Earlier, Mu’azu congratulated Yakubu on his reappointment, saying the commission had diligently discharge its responsibilities in the past month, especially during last weekend by-elections in 15 constituencies across 11 states, which he described as successful.

Yakubu, who was reappointed by the President, Major General Muhammadu Buhari (retd.), in October 27, was confirmed by the Senate on December 1.

He was sworn in on Wednesday by  Buhari in Aso Rock.