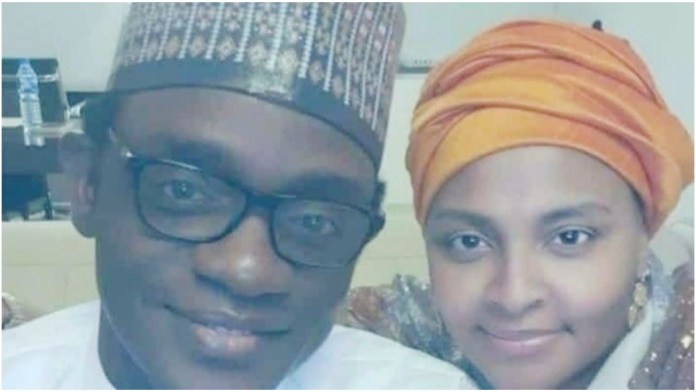 The marriage ceremony was held at the Abuja residence of Mohammed Abacha, the new wife’s brother.

Buni also doubles as the Caretaker National Chairman of the All Progressives Congress (APC) while Gumsu is a daughter of former military Head of State, Gen. Sani Abacha.

The ceremony was well attended by notable Nigerian dignitaries and top government executives, some of which include the Comptroller-General of the Nigeria Customs Service (NCS) Hameed Ali attended.

Buni in 2019 shortly after he assumed office, tied the knot with Ummy, a daughter of his predecessor and incumbent Yobe East Senator Ibrahim Gaidam.

45-year-old Gumsu was formerly married to Bayero Mohamadou, a Cameroonian multi-billionaire, but the marriage crashed in 2020.